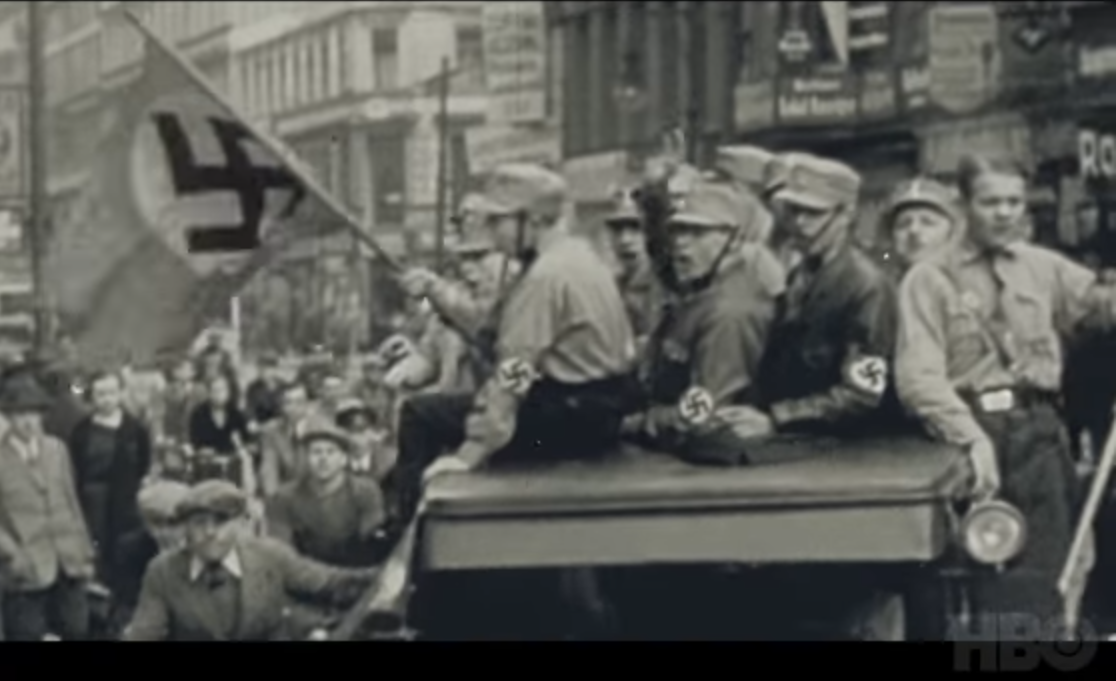 A new alt-history program about the rise of fascism in America during World War II has been called “startlingly prescient.” That’s according to radical leftist David Simon (The Wire) the creator of next month’s limited HBO series The Plot Against America, based on the 2004 novel by Philip Roth.

According to Variety, the show “ponders what 1940s America would have looked like if celebrated aviator and xenophobe Charles Lindbergh had accepted the G.O.P.’s offer to run for President against FDR — and won.” Note that the way Variety phrases the description of the premise of the story makes it sound as if the Republican Party actually did offer the nomination to Lindbergh – it did not.

To creator Simon, the parallels with today are clear with the Republican Party and President Trump. He says, “It seems startlingly prescient in that it anticipates a politician who seizes upon a very simple message and is able to activate the worst fears and impulses of a significant number of Americans.” This is how the left views Trump and his MAGA supporters.

Variety reports that in the series, "Jews become viewed as 'other,' despite the fact they are 'assimilating so fast into American culture that it’s making your head spin' — which Simon says is eerily similar to the other-ing of different groups in today’s America."

In fact, Simon is very clear that this is why he made the series:

“The reason to do the series today is not to settle the score of 1940 or to decide what America would have been under Charles Lindbergh, or to decide whether anti-Semitism could have ever achieved some sort of American gulag or American Holocaust for Jews here,” he says. “This is all allegorical to this moment. It’s not Lindbergh now, it’s Donald Trump. And it’s not Jews who are the most vulnerable cohorts among recent immigrant groups, it’s people with black and brown skin, people who are Muslims.”

Ironically, back in October, Simon reported that Roth had cautioned him, “Never confuse Trump for Lindbergh.”

This isn’t the first time Simon has claimed there is fascism in America. When President Trump declared a National Emergency over the crisis at the southern border, Simon tweeted, “Welcome to American fascism.” The self-proclaimed Marxist who once called the US “a horror show,” has also been banned from Twitter in the past for violent rhetoric.