Teen Vogue: Trump Should Be Impeached for ‘Racism and Islamophobia’ 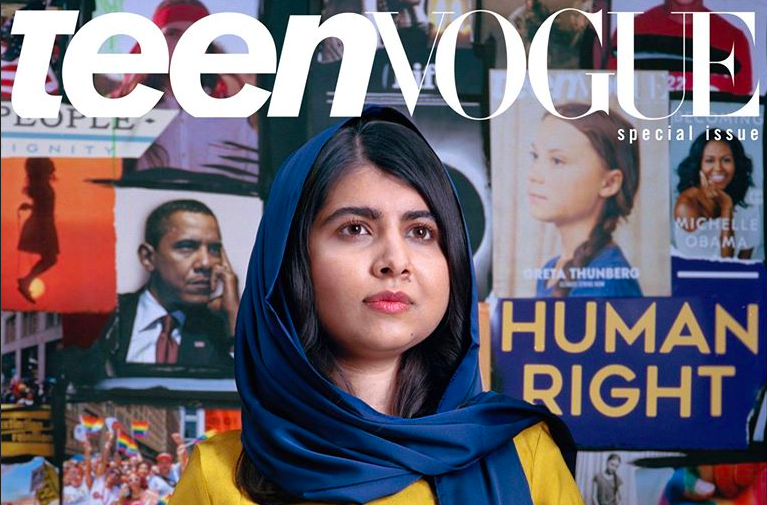 Teen Vogue continued its streak of misinforming youth about the politics and other issues of the day on Thursday. The liberal magazine dedicated to Gen Z declared in an op-ed, “Trump’s Racism and Islamophobia Should Have Led to His Impeachment,” arguing that “Trump's abuse of power has already devastated millions of lives.”

The sophomoric piece by Amani Al-Khatahtbeh recounted her discomfort with growing up in America after 9/11, even describing watching Saddam Hussein’s execution as “violating” because it exposed her “to images of war and violence against people that looked like me.”

Then she laughably claimed, “Trump kicked off 2020 by beating the war drum with Iran,” as if Trump wants to go to war with Iran and the U.S. started it unprovoked. She “felt triggered by the senseless sound bites and racist misinformation, which brought me back to how I felt as a child during the Iraq War.” She’s so disconnected from reality that “[t]he first thought that came to my mind was, How many lives will be lost for Trump’s reelection?”

She thinks “brown bodies” will now become “thoughtless collateral damage” in Trump’s “political games.” That’s because to Al-Khatahtbeh, it’s not an accident that the strike against Iran came at around the same time as impeachment. Except this isn’t Bill Clinton’s wag the dog.

“The ongoing impeachment trial is a necessary measure,” she wrote, “and, frankly, something that should have happened long before Trump had the chance to almost complete an entire presidential term.” Believe me, the resistance started trying since the day after the election.

She brought up the “strict travel ban” that has “sown chaos, keeping families apart and preventing refugees from seeking a safe haven in the United States” and the border enforcement that has “ripped so many children away from their parents, causing irreversible damage to their physical and mental development, not to mention their cultural lineage,” as if these policies were impeachable.

Because of this, she thinks “[r]emoving Trump from office should be a given, but,” she warned, “removal is not the ultimate goal for our emancipation.”

She said the Trump administration is “so malicious and corrupt” it’s easy to forget our problems started before him:

But Trump is just the loudest, most openly horrendous figure we’ve seen occupy the position in recent memory (don’t worry, George W. Bush, we haven’t forgotten about you). Trump is only repeating a playbook that has been used by many leaders before him to rally support: by using people of color as bait.

She declared, “The year 2020 demands that our generation rise up and inherit the world right now. We won’t wait for anyone’s permission.” But that’s where the article ends; with no proposals for how that would possibly happen.

The entire piece is fanciful thinking, with dark nightmares of Trump and fevered dreams of what the future could be like, with no basis in reality. In other words, it’s just another typical article in Teen Vogue.