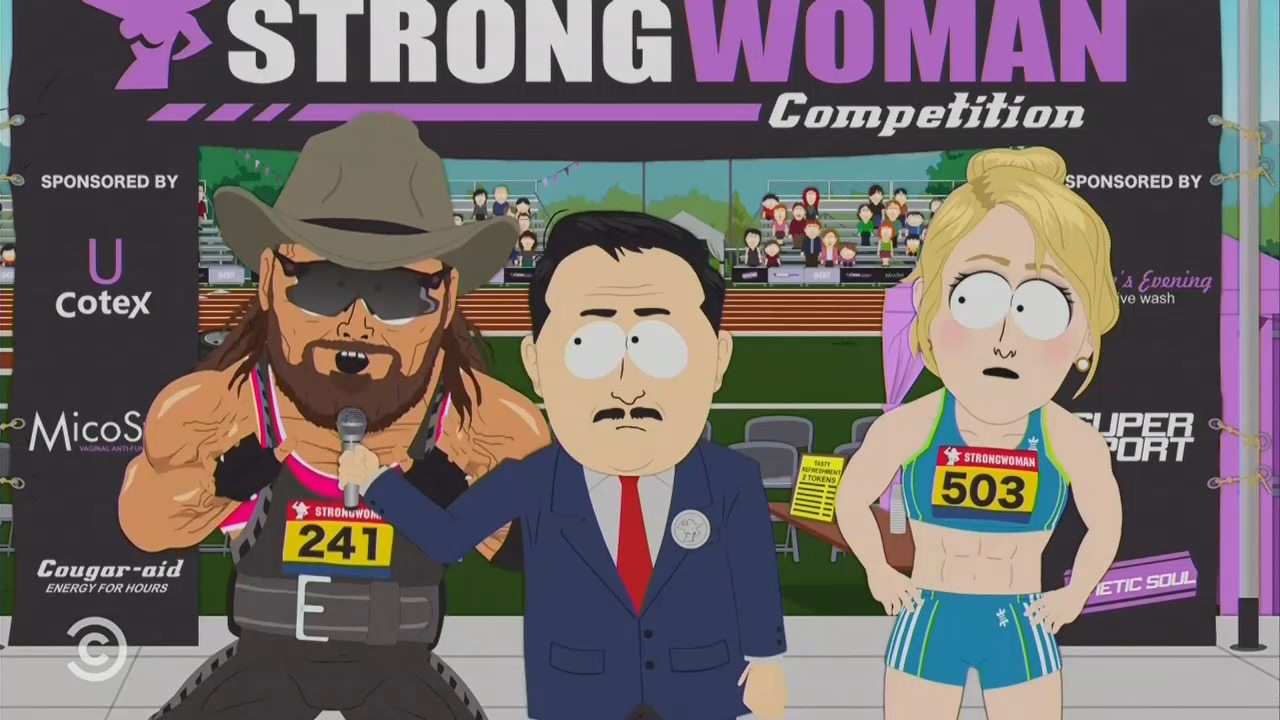 Last week, South Park aired a classic episode that skewered the trans athlete phenomenon. But IndieWire author Jude Dry, whose pronouns are listed on Twitter as “they/them/theirs,” was not amused.

Dry's IndieWire article this Wednesday hilariously claimed the episode “provoked an immediate and universal backlash,” (only if backlash means laughter). The subtitle said, “Last week's episode provoked outcry by taking aim at transgender athletes, but the Comedy Central show has a long history of transphobia.” The definition of transphobia apparently means to not immediately celebrate and accept anything a trans person says.

Dry went on about an earlier episode, complaining:

“South Park” has been wading into transphobic waters since as early as 2005, when the boys’ teacher Mr. Garrison transitions. The first episode in the show’s ninth season, “Mr. Garrison’s Fancy New Vagina” is a landmine of insensitive, triggering, invalidating, and hateful assumptions about transgender people. The opening scene begins during Garrison’s surgery, which begins with the doctor explaining the process and technique in great detail, with a mocking tone implying that vaginoplasty is disgusting and ridiculous. The camera cuts out of its animated world to show real surgical footage, gawking under a literal microscope at a process that is for many a joyous, affirming, and life-saving surgery.

The IndieWire post claimed, it is an “age-old transphobic argument that gender is as immutable a trait as race or even species.” And here I thought race was a social construct.

So absolute is the belief in the trans theory that that trans women are women that Dry provides a trigger warning ahead of revealing a funny, incisive South Park joke. (Indeed, the entire article is prefaced with an editor’s note stating, “The following piece contains discussion of graphic transphobic jokes.”)

But the most offensive lines (and this is where trans people might want to stop reading) in the episode come from Garrison herself, when she becomes incensed that she can’t get her period or get pregnant. “This would mean I’m not really a woman. I’m just a guy with a mutilated penis,” Garrison says. “You made me into a freak.”

Dry goes on to complain about another episode where Mr. Garrison acts as a lesbian, then gets to last week’s episode, which is labeled “offensive gobbledygook.”

Nearly 15 years later, and “South Park” is trotting out the same tired old transphobic, homophobic, intentionally offensive gobbledygook. This latest example is only a continuation of a pattern that has long served to alienate viewers and reflect poorly on a show that has, in the past, demonstrated nuanced humor around hot button topics.

It’s more that this author is humorless when it comes to certain hot button topics than that South Park is alienating viewers and yet Dry implies that creator Trey Parker is a bigot: “Parker’s pandering plea that his viewers not see him as a bigot for writing such a lazy, charged, and dangerous script is so ridiculous it’s almost laughable.”

And this IndieWire article is so ridiculous it is absolutely laughable.