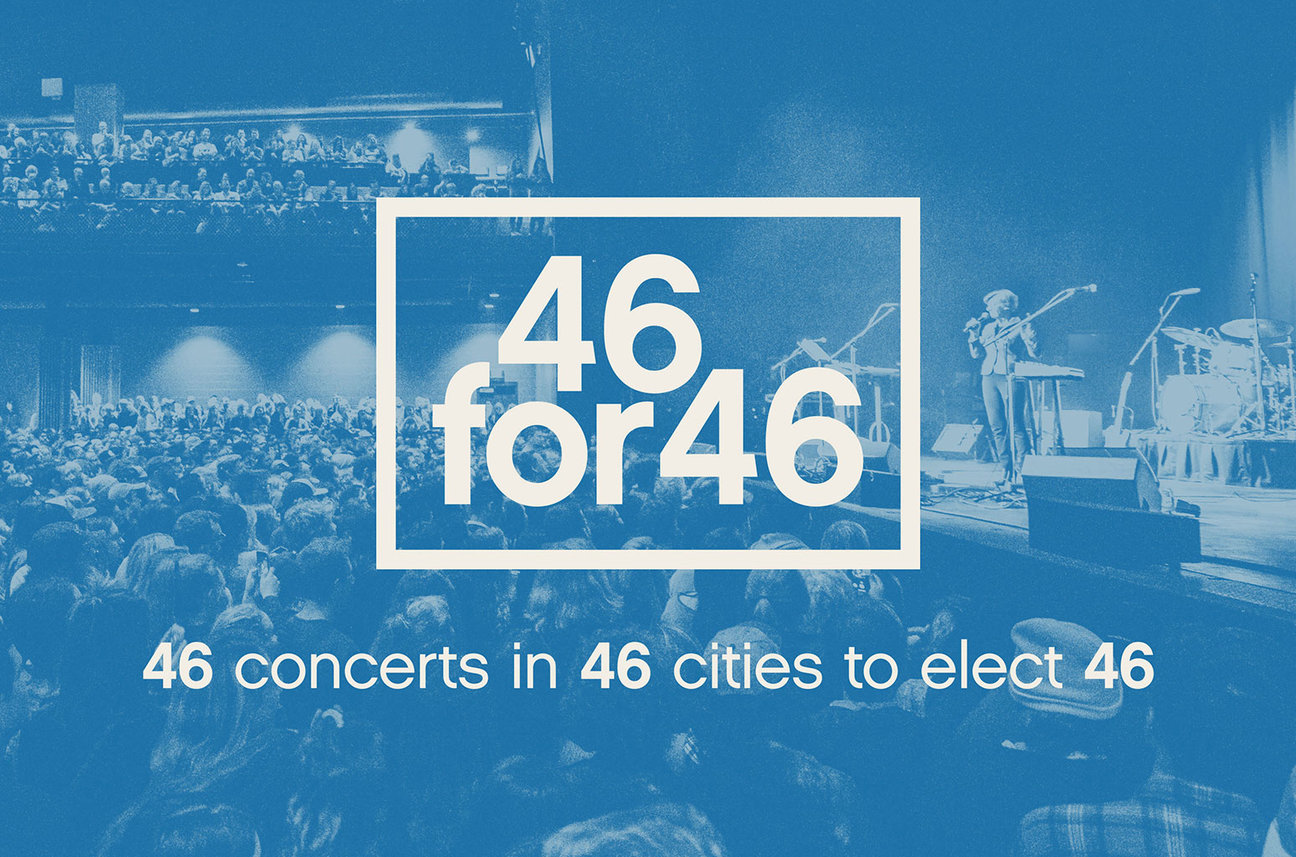 If you thought the collusion between entertainment industry and the Democrat Party was bad in the past, just wait until you see what they have in store for 2020. The Democrats don’t even have a nominee yet but already a series of anti-Trump concert rallies has been announced to “harness the power of music to help elect the 46th President of the United States.”

a pair of music industry veterans turned activists are announcing a new initiative titled 46 for 46, described as a "strategically planned series of 46 unique concerts in 46 different cities in the states that matter most during the lead up to the 2020 election." The goal: to help launch the Democratic presidential nominee into the White House using the inspirational power of music.

Paid for by bpolitical PAC and run by Kyle Frenette and Christopher Moon, the concert campaign is “[p]rimarily designed to target voters in the swing states that went to Trump in 2016... 46 for 46 entails recruiting artists who either hail from or live in those states — or who at least have some association with them — to play one or more concerts on their home turf in the critical months leading up to the election.”

Frenette said he wants to promote the message that “Democracy can only work if we all participate,” but clearly Republicans and other Trump supporters are discouraged from participating. Unlike the ostensibly non-partisan Rock the Vote, “Frenette is adamant that 46 for 46 is partisan, and reiterates that his main goal with the campaign is to get people out to vote for the Democratic candidate, whoever that ends up being.”

So, it’s a campaign rally disguised as a concert where fans get lectured by their favorite liberal artists and hit up for money:

As part of this push to boost turnout, the campaign will have fans "Pledge 46" in 2020 — whether that means chatting with 46 people in their social circle about the Democratic nominee, donating money to the party or the candidate’s campaign ($4, $6 or $46 are the suggested amounts) or volunteering 46 hours of their time to canvassing, phone banking and other get out the vote efforts. The pledge additionally includes a commitment to keep working for progressive Democratic candidates up and down the ballot in future elections.

So far, the list of acts is unimpressive. Between Nathaniel Rateliff in Colorado, Dashboard Confessional in Florida, Lissie in Iowa, Patty Griffin in Maine, Sylvan Esso in North Carolina, and Bon Iver in Wisconsin, I’ve only heard of one of the artists. But with the level of Trump hatred exhibited by celebrities, I can guarantee that bigger music stars will sign on to defeat Trump, whether it’s through 46 for 46 or something else.

Frenette wants to "bridg[e] the gap between music, activism and politics," but I don’t see much of a gap anymore. People are sick and tired of politics taking over every aspect of their lives and now they want to literally make attending a concert a political act.

Shut up and sing.