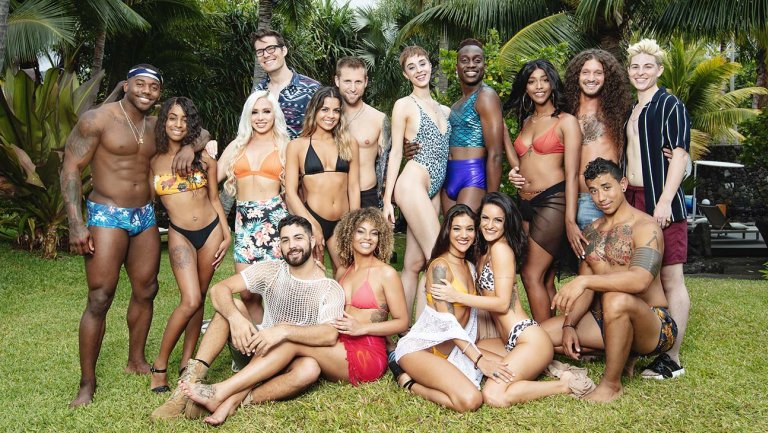 From Flavor of Love to Who Wants to Marry a Multi-Millionaire?, there have been some pretty crazy dating shows during the reality TV era. Some of them have included LGBTQ contestants but never before has the entire cast been “sexually fluid." MTV to the rescue!

The eighth season of MTV’s Are You the One? (AYTO?) will rectify the grievous wrong of the sexually fluid, which pretty much means bisexual, being unrepresented on TV, it was announced on Thursday.

Hailing the series as “groundbreaking,” The Hollywood Reporter raved, “For the first time ever on a dating competition show in the U.S., there will be no gender limitations, as each castmember identifies as sexually fluid.”

AYTO?, which premieres on June 26, promises to share “powerful stories about what it means to find love as a sexually fluid individual” - “from coming-out moments to exploring the intricacies of sexual and gender identity.” Yippie! Sounds more like a gender studies class than entertainment television.

The basic premise of AYTO? is for singles to attempt to figure out their perfect match among the other contestants, as defined by a dating compatibility algorithm beforehand. If the whole group guesses their matches correctly, they split $1 million. Presumably, having everyone be sexually fluid will add a new level of difficulty to the game; instead of half the cast being one’s potential “perfect match,” it could be any one of them. As if dating isn’t hard enough already.

People called the new sexuality gimmick an “epic twist” while E! News proclaimed, “There still hasn't been a gay Bachelor or Bachelorette, but MTV is coming for those barriers.”

Of course, MTV has produced shows that featured LGBTQ couplings before. As Entertainment Weekly noted:

In 2007, MTV presented A Shot at Love with Tila Tequila, in which Thien Thanh Thi Nguyen (stage name Tila Tequila), who identified as bisexual, dated a cast including both men and women. The network also flirted with same-sex couplings on Parental Control, which ran from 2006 to 2010 and featured parents setting their kids up on blind dates.

MTV may no longer play music videos, but one thing hasn’t changed since its founding, they’re still on the front lines of the culture wars.