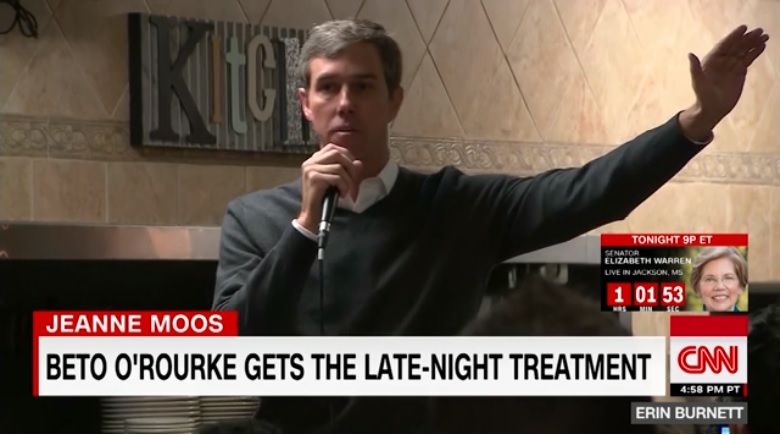 Peter Beinart’s March 15 article in The Atlantic, titled “Secular Democrats Are the New Normal,” seems both pleased that Democrats aren't mentioning God anymore and worried that this could hurt their electoral chances against President Donald Trump.

Highlighting how previous Democrat presidents and presidential candidates invoked God in their speeches – typically some variation of “God bless you” or “God bless America” – Beinart says that inclination is gone, especially for 2020’s white liberal candidates.

The article notes that secular Democrats are “some of the party’s most motivated activists:”

Democrats who shun organized religion were more than twice as likely to have attended a political rally in the previous year than Democrats who identify with a religious group. Today’s Democratic candidates cannot simply assert, as Obama did in 2004, that “we worship an awesome God in the blue states,” because so many active Democrats do not.

In 2012, the Democrats had a rancorous debate (complete with convention booing) about whether they needed God in their official platform. The politicians are just catching up to the party cadre.

Instead of using religion to unite us, as political leaders did in the past, Beinart says “progressive white candidates more often cite religion as a source of division” and are “now more likely to describe it as something that drives them apart.”

You'll never guess who's really behind this.

“The rise of Islamophobia and anti-Semitism … since more Americans don’t practice a religion, and the president demonizes some of those who do, it’s more natural to describe religion as a rift to be overcome.” Yes, it’s always Trump’s fault! Beinart also makes the unfounded claim that “religious bigotry has risen sharply,” because somehow I don’t think he’s talking about the Democrats’ embrace of anti-Semitism, anti-Catholic bigotry, and attacks on the likes of the Little Sisters of the Poor, Hobby Lobby and Masterpiece Cakeshop.

No doubt liberals like all this silencing of religion, but there’s one tactical problem: black Democrats, a major part of their base, are religious and want it spoken about more. Beinart worries that avoiding talk of religion “could hurt Democrats such as O’Rourke in their efforts to defeat Trump.”

Seeming to cheer that “religion is no longer the force for national unity it once was” for Democrat candidates, Beinart considers the “intriguing possibility” that it’s “still unifying enough to propel them to the White House.” Alas, to the chagrin of The Atlantic and other liberals, religion still plays a key role in American culture and politics.