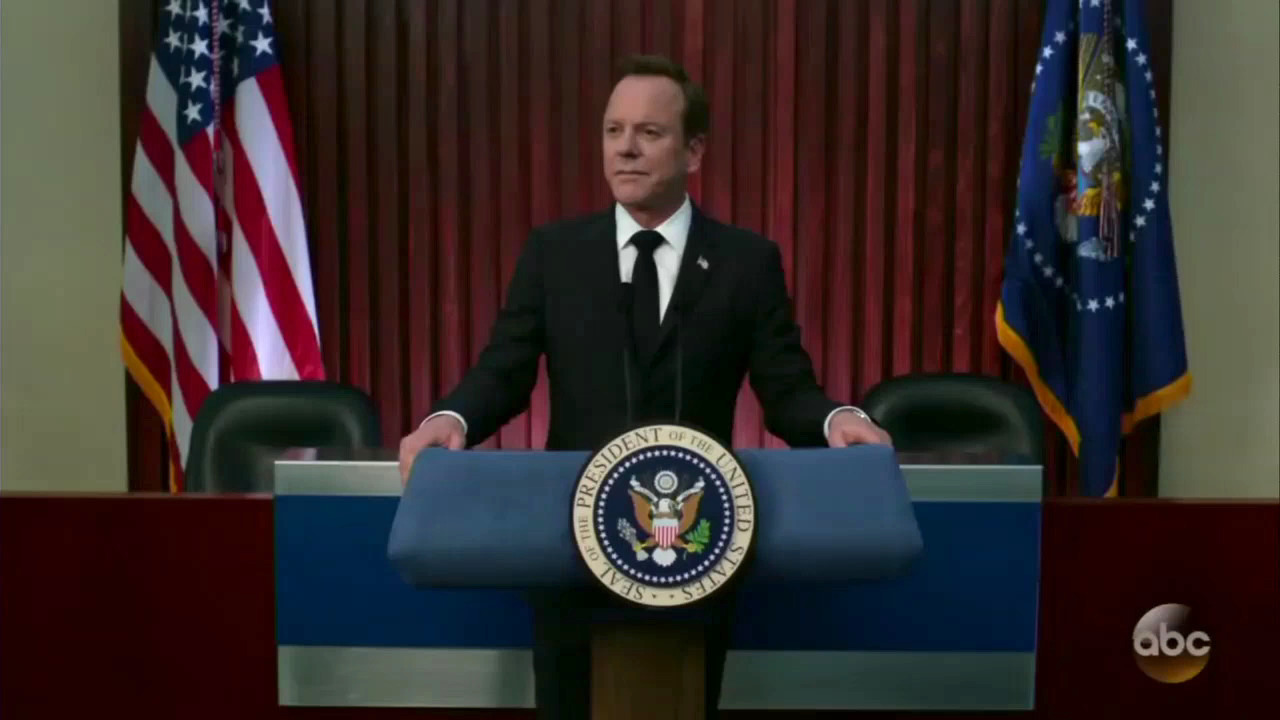 Wow, is liberal Hollywood predictable or what? Way back in early November, when all indications were that it was an Islamist terrorist group that bombed the U.S. Capitol and took out the entire government during the State of the Union (except, of course, designated survivor, then-Housing and Urban Development Secretary Tom Kirkman), I predicted the mid-May ending of ABC’s Designated Survivor.

After the sixth episode I said, “[T]he way the show is going, it’s going to turn out to be some evil cabal of rich white conservative men who planned the attack that wiped out the Capitol.” And I'm sure many who had watched the show's lecturing about Islamophobia agreed.

Lo and behold, here we are at Wednesday night’s season finale and President Kirkman (Kiefer Sutherland) is revealing to the American people that it was not an Islamic terror attack but a domestic attack led by a man who we previously learned is the former CEO of a big defense contracting company and now speaks at “Alt-Right gatherings.”

Just take a look at the language the president uses during his address: “his followers believed that American greatness was in its decline…our best days were behind us.” Sounds an awful lot like liberal criticisms of Trump’s “Make America Great Again” campaign slogan.

President Kirkman: A recent article written by one of our nation's most respected journalists was correct -- al-Sakar did not attack our Capitol. Even though at the time, overwhelming evidence suggested just that. We can tell you now, with absolute certainty, that this horrific act was carried out by a domestic terror group, led by a man named Patrick Lloyd. Lloyd and his followers believed that American greatness was in its decline and that somehow, we were no longer heirs to the generations that pushed back the tide of fascism, put men on the moon, and relegated the Berlin Wall to the pages of history. In short, these people believed that our best days were behind us and that they, themselves, knew better how to remake our country. They were wrong -- in every possible way. They debased the American Dream and disrespected the incredible sacrifices made by so many to build and sustain our nation. And even though the fabric of America may have been frayed by their violence and hatred, I stand here rejoicing in the fact that it was never torn.

All season long Designated Survivor has taken on liberal causes, from public arts funding to the plight of Syrian refugees, and let’s not forget about how they lectured us on gun control – for two full episodes!

Unfortunately there is no hope of any relief from the liberal moralizing in season two as Lloyd is on the run and now possesses “every single aspect of our country's defense superstructure” through a hack. Whereas the show premiered before President Trump was elected, now the show writers have the entire summer to come up with new leftist plots to take both subtle and overt shots at Trump and his followers as well as conservatives in general. I don't know if I can survive another season like this.