'Scandal' Character: I'm a Republican, I Don't Believe in Education 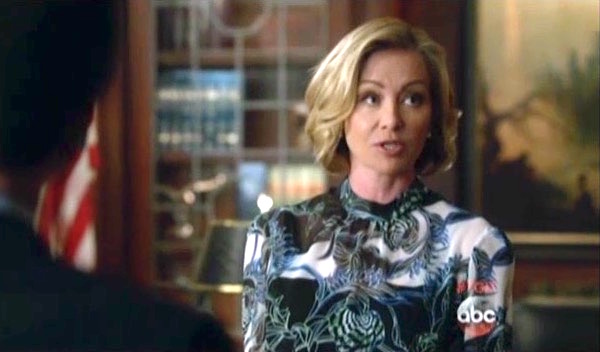 Scandal creator Shonda Rhimes took a really lame swipe at Republicans tonight. I realize I could say that every week, but tonight's episode "That's My Girl" was especially pathetic.

She had former RNC head and campaign manager Elizabeth North (Portia de Rossi) ramble to Attorney General David Rosen (Joshua Malina) that because she's a Republican, she doesn't believe in college and that education is worthless.

And to prove her conservative bonafides, Elizabeth notes, "I have a Golden Retriever at home named Barry Goldwater."

David: I'm having trouble following that.

Sure, Republicans don't believe in "free" because in reality everything DOES have a price and must be paid for somehow by someone. And "free college" is a good example, I don't know about the Democrat on Scandal's bill, but Bernie Sanders' plan for "free college" comes with a hefty $70 billion per year price tag for taxpayers. Leave it to Shonda to misrepresent conservative thought and make us look like idiots who shun education. We're just a bunch of dumb ol' "filthy country people" to her and the rest of Hollywood.