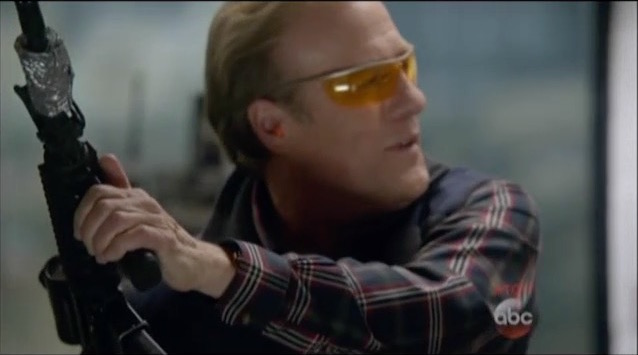 They say imitation is the sincerest form of flattery. So I guess the presidential candidates should all be flattered that ABC’s Scandal is imitating them. First it was Francisco Vargas (Ricardo Chavira) as Bernie Sanders in Marco Rubio’s body. Now it’s Hollis Doyle (Gregg Henry) as Ted Cruz in Donald Trump’s body.

In the episode “Pencils Down,” Scandal completely rips off the video Sen. Ted Cruz did with Independent Journal Review entitled “Making Machine-Gun Bacon with Ted Cruz.”

And now the condensed scene on Scandal:

I think the Obama and Hillary supporters of Shondaland are trying to mock Cruz's video rather than flatter him by showing it as trivial and unserious. But it's a complete fail on their part because not only did their hero Obama just show how trivial and unserious he is by tangoing and hanging out at a baseball game with a communist dictator as Brussels burned, but combining two of the greatest things in the world, guns and bacon, is pretty freaking awesome.