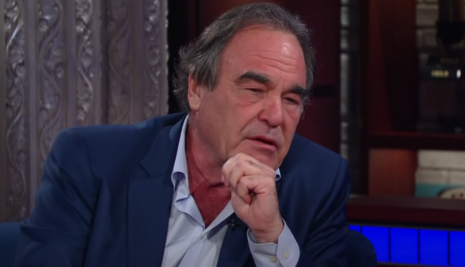 American film producer and Academy Award winner Oliver Stone has shared many unpopular opinions over the years. His famous movie about the JFK assassination brought more controversy to his reputation than he ever predicated. Now the director is feeling the heat yet again for daring to speak out about “American Censorship” and how “sensitive” people in our country are becoming.

Stone has an interesting relationship with America to say the least. His mother is French and he has openly spoken about “America’s decline” in interviews previously. His negative feelings towards cancel culture were revealed as well during an interview with The Independent this week.

"Of course I despise it," Stone said when asked about his views on the issue of censorship.

I am sure I’ve been cancelled by some people for all the comments I’ve made ... it’s like a witch hunt. It’s terrible. American censorship in general, because it is a declining, defensive, empire, it (America) has become very sensitive to any criticism. What is going on in the world with YouTube and social media. Twitter is the worst. They’ve banned the ex-President of the United States. It’s shocking!

The filmmaker has succeeded at firing up both the left and right during his lengthy career, so his expertise on cancel culture comes from years of experience.

Stone admitted that while he was in Russia working on his newest documentary, which will investigate how nuclear energy can “save humanity,” he saw the power that the American economy’s militarized sector has on censoring information. It’s not the same but it functions in a very similar manner. “I think there’s still a presence out there which reminds people not to speak. I’ve heard that in, of all places, Russia,” Stone said.

The filmmaker faced cancel culture before we even had a name for it. Say what you will about Stone, he knows the power of free speech and the importance of allowing people to voice their thoughts, or in his case make movies expressing them.

He explained that even when he attempted to create a sports movie he managed to frustrate the NFL. It was furious about his 1999 football film, “Any Given Sunday.” “They (the NFL) are arrogant, very rich people who close down any dissent, so I had to change uniforms and names … but they got the point,” said Stone.

Stone was seemingly attempting to get cancelled with this interview because when asked about “old” gender norms he said that “tribes tend to have a strong leader” but “the feminine impulse” is “important” as well. “I’m talking about the maternal impulse not the Hillary Clinton/Margaret Thatcher version of feminism,” he said. “They’re men. They’re not women, I don’t want women in politics who want to be men. If a woman is a woman, she should be a woman and bring her maternalism. It’s a leavening influence.”

“Don’t expect to rejudge the entire society based on your new values,” he concluded.

Make sure you read the interview now because the way Big Tech is going it won’t be up for long.