Tokyo Bans All Fans From the Olympics Over COVID Terror

We all know that 2020 was one of the worst years for everyone, especially sports fans. But millions of people were looking forward to a post-pandemic comeback to normal crowd sizes and mask-less events. 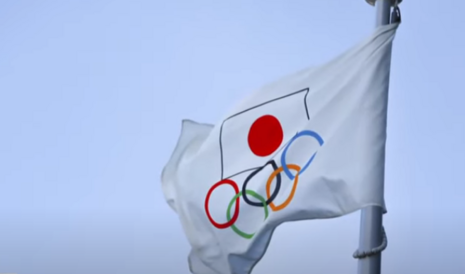 But the biggest sporting event in the world will not be allowing fans this year, as the Olympic Games will carry on with no fans in the stands or outside the arenas due to the pandemic.

The Olympic Games scheduled for 2020 were due to COVID-19, and will instead be hosted this year instead Tokyo, Japan. The country, which has fully vaccinated over 19 million people, has now decided that it is still too dangerous to allow spectators at the games.

Japanese Prime Minister Yoshihide Suga announced a new state of emergency on Thursday that will last from July 12 until at least August 22, three weeks after the Olympics are scheduled to end on August 8. Fans traveling from abroad were already banned from attending the Games via a March edict.

Originally scheduled to permit some 10,000 Japanese spectators, the new safety measures will not allow any fans indoors or outdoors.

“The priority will be to determine safe and secure Games,” Tokyo 2020 president Seiko Hashimoto said at a news conference. “We wanted a full stadium so community people could get involved in welcoming the athletes so we could have a full presentation of the power of sports. However, now faced with COVID-19, we have no other choice but to hold the Games in a limited way.”

When asked whether or not fans would be allowed to hold events outside of Tokyo in areas not under a state of emergency, Olympic minister Tamayo Marukawa said, “We will discuss.”

Not only is this upsetting to expectant fans, the new rules will cost Japanese organizers more than $800 million in revenue from ticket sales. The official cost of the 2021 Olympic Games is estimated to be at least $15.4 billion, a price tag that will now have to be taken care of by the Japanese government.

Tokyo enforced strict lockdown measures in 2020 and was under a state of emergency for the majority of the year. The island nation saw its largest spark in COVID-19 cases in January of 2021, though the numbers have risen and fallen since May of 2020, including a recent smaller uptick that government officials apparently think is bad enough to ruin one of the biggest events of the year.