On the June 30 edition of America with Jorge Ramos on Fusion, Ramos and Ted Cruz engaged in a testy back and forth over the Texas senator’s views on gay marriage. Ramos asked Cruz: “But aren’t you discriminating? Are you putting gays and the LGBT community as second class citizen[s]?” Cruz replied by citing his belief that “following the Constitution isn’t discriminating against anyone.”

Toward the end of the segment, Ramos continued to pester the Republican senator on the issue, wondering why Cruz “would be discriminating” if gay people are born that way. Cruz hit back at Ramos and the media in general with a fiery response: “Look, we did this interview to talk about my new book, A Time For Truth. And one of the things I’m amazed at, is the media, with all respect, is obsessed with sex. It’s the only thing you want to talk about.”

Earlier, Ramos also stated that it seems Cruz is “not respecting” the Supreme Court’s decision by saying that it is contrary to the Constitution. Cruz replied:

After Cruz referenced Justice Scalia’s dissent claiming the opinion is a threat to democracy, Ramos cut him off by saying, “you worked for the Court. That’s the way it works.” Cruz noted, “that’s not the way it works under our Constitution.” Ramos insisted that it sounds more like "you didn’t like the decision and now you are criticizing the Court.”

Ramos asked Cruz why gays don’t have, “in your view, the same rights as the rest.” The Texas senator rejected the question, declaring that “every American has the same rights.”

RAMOS: You don’t like that decision. I mean, it’s interesting because you worked for the Court for so many years. And now it seems that you are not respecting their decision.

CRUZ: Well, it’s interesting. You and I may disagree, and reasonable minds can differ. Under our Constitution, if you want to change the marriage laws, if you want gay marriage adopted in your state, there is a method under the Constitution for you to do that. And what that is is that you can try to convince your 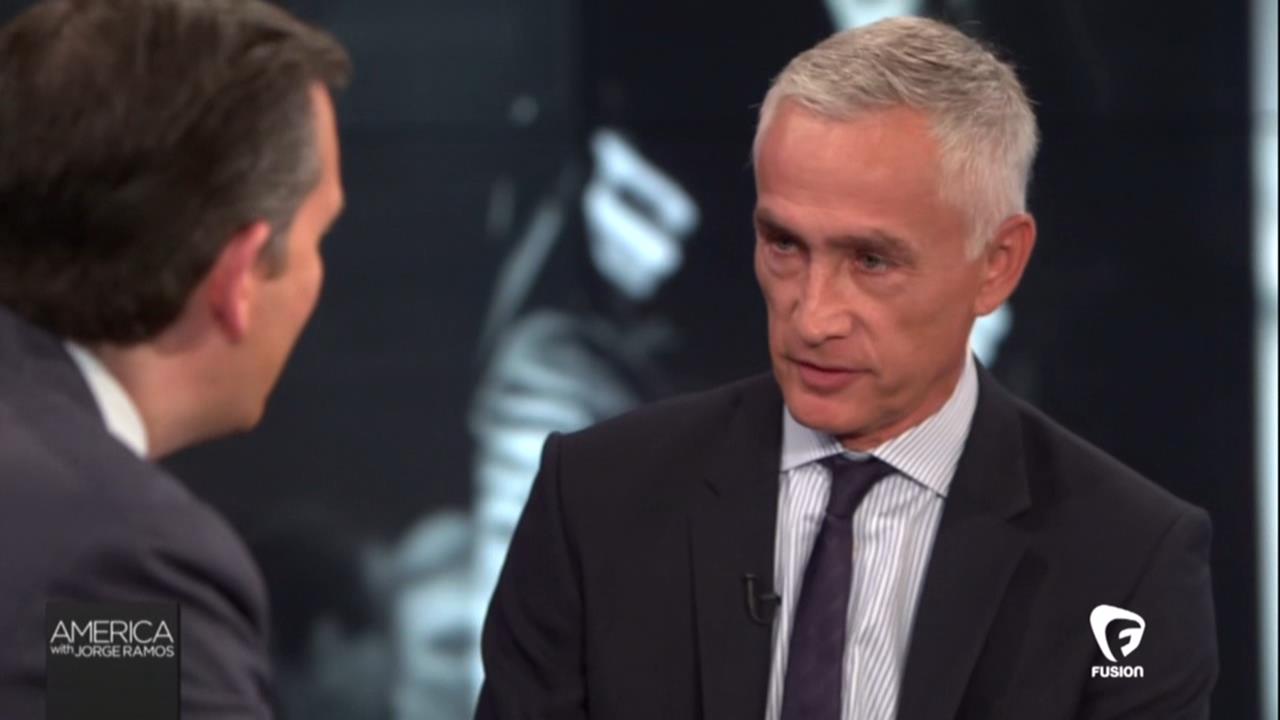 fellow citizens to change the marriage laws in your legislatures. That’s the way the Constitution works and it may be that New York and California would make different policy decisions than Texas and Florida. That’s the way our Constitutional system should work, and you know, Justice Scalia in dissent powerfully observed [that] this decision is a fundamental threat to democracy because, why would we want five unelected lawyers making the most important –

CRUZ: But that’s not the way it works!

RAMOS: You worked for the Court. That’s the way it works.

CRUZ: That’s not the way it works under our Constitution.

RAMOS: You didn’t like the decision and now you are criticizing the Court.

CRUZ: No, I don’t like that five justices decid[ing] their policy answer on this question is more important than the views of 320 million Americans. I believe in democracy.

CRUZ: But, number one, those polls – you know, there’s an old line that there are lies, damn lies, and statistics. You can craft a poll, and there are a lot of advocates who are writing polls –

RAMOS: But many Latinos – and we have to accept – are very open now to the idea of equality.

RAMOS: But aren’t you discriminating? Are you putting gays and the LGBT community as second class citizen[s]?

CRUZ: I don’t believe that following the Constitution is discriminating against anybody. If you want to change the laws, go convince your fellow citizens. I mean, I would ask you Jorge, don’t you believe in democracy?

RAMOS: Of course I believe in democracy. I believe in equality. I believe in the Declaration of Independence. It says all men are created equal. That’s precisely what the judges did at the Supreme Court. Why [don’t] gays have, in your view, the same rights as the rest?

CRUZ: Of course they do. Every American has the same rights.

RAMOS: Do you think gays are born that way?

RAMOS: Yes, but that’s an important one because if it’s something that you can’t change, therefore, why would you be discriminating?

CRUZ: Can I ask a question, Jorge? Look, we did this interview to talk about my new book, A Time for Truth. And one of the things I’m amazed at, is the media, with all respect, is obsessed with sex. It’s the only thing you want to talk about.

RAMOS: Well, you’re the one who started talking about it.

CRUZ: No, actually you raised the topic.