On the June 24 edition of Hannity, National Review’s Mark Steyn was invited to the program to discuss the notion from much of the media that the Confederate flag is a Republican problem. Steyn slammed the history of the Democratic Party as one filled with hate: “The Democratic Party was the largest and most powerful institution supporting slavery in the English speaking world.”

He added that the “slave states were Democrat states, the racist states until the 1960s were Democrat states” and suggested the flag should be the Democratic Party’s responsibility. Later in the segment, Steyn pointed out that the Democrats has been unwilling to recognize the ugliness of their history: “The Democratic Party has never come to terms with the evil of its past, the idea – it was a party committed to the proposition that one human being could own another human being. And they've never – they've never said a word about that.”

He finally wondered when the Democrats will apologize for their history of slavery and “for sticking with racism for the century after the abolition of slavery.”

SEAN HANNITY: Mr. Steyn, here's what bothers me, Lyndon Johnson said, without Republicans, there is no passage of the Civil Rights Act, the Voting Rights Act.

HANNITY:‘64, ‘65. Future Democratic leader in the Senate, Robert Byrd, filibustered the bill. Al Gore's father wasn't there, Bill Clinton's mentor, segregationist J. William Fulbright – all of these men voted against it. But most people don't know this. 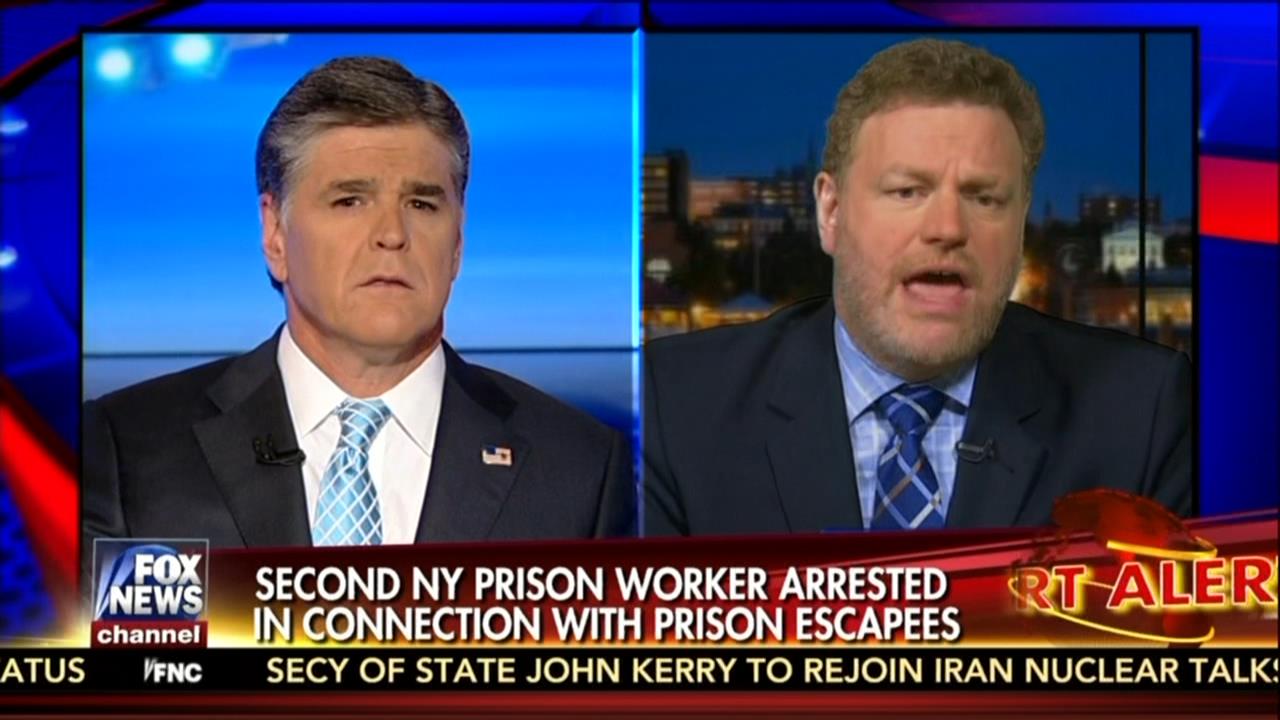 HANNITY: How did this become a Republican problem?

STEYN: Exactly. I mean, I know the GOP is called the stupid party, but the idea that Republicans can have the Confederate flag hung around their neck is ridiculous. It's a Democrat flag. The flags – the states that seceded during the Civil War were all Democrat states, that's their flag. The slave states were Democrat states, the racist states until the 1960s were Democrat states. The Democratic Party was the largest and most powerful institution supporting slavery in the English speaking world. And it's the only one that has survived to the 21st century. Slavery is very unusual among the English speaking peoples. Canadiens didn't do it, Australians didn't do it. The Democratic Party and the states they controlled did it. It's their flag, Hillary Clinton had it on campaign bumper stickers when she ran for president in 2008. You mentioned Robert C. Byrd, Sean. Bill Clinton was doing Ku Klux Klan grand kleagle jokes at Byrd's funeral. Saying, Robert C. Byrd – he used to, he was the grand kleagle – he just did what he had to do, you know, I'm too sexy for my sheet. It's their flag, it's their

HANNITY: It's their problem.

MARK STEYN: It deserves to be hung around their neck. It has nothing to do with the Republican Party.

HANNITY: You know, I found a 1992 New York Times article. You know what the story was about? Bill Clinton playing golf at a club that he played at all of his adult life as governor, that didn't allow black membership. I guarantee you most Americans don't know that about quote,  America's first black president.

STEYN: No. And again, Sean, it's a party with an incredible century and a half history of institutional racism. There’s nothing like it anywhere on the planet. You know, people go on about apartheid South Africa. The national party came to power in 1948 and they were gone 45 years later. That's how long they lasted. They’re nothing now. The Democratic Party has never come to terms with the evil of its past, the idea – it was a party committed to the proposition that one human being could own another human being. And they've never – they've never said a word about that. They’ve never apologized for it, they’ve never atoned for it in the way that they have the reconciliation commission in South Africa.

STEYN: When is the Democratic Party going to apologize for being the biggest slave holding supporting institution on the planet, and sticking with racism for the century after the abolition of slavery?