CNN's Gloria Borger Instructs Dems: 'Your Job Is to Defend Hillary Clinton, Not Bury Her'

CNN's chief political analyst Gloria Borger may or may not be spot on in her assessment that the Democrat Party has a bench of one for 2016 and that it may be wise for the Party to put all of their eggs in Hillary Clinton's basket and defend or forgive her on the growing email scandal.

However, her characterization of the disturbing situation whereby Clinton, as Secretary of State in the Obama Administration set up a secret server in her home to accommodate personal email addresses for government business as merely "the Hillary Clinton email brouhaha, an unforced error" is misguided and misleading.

The growing body of evidence points to a premeditated, thoroughly executed Clinton strategy to break the rules (and possibly the law) and hide information while potentially risking national security. 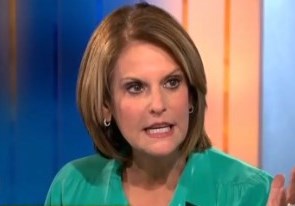 On the CNN website, Borger attempts to convince Democrats to downplay the "unforced error" as a means to salvage their best 2016 hope for the White House. The journalist instructs Democrats appearing on CNN and other media outlets: "Your job is to defend Hillary Clinton, not bury her."

Noting that "The country is polarized, the Democrats are often on defense and they're losing ground. One result: a thin presidential bench, which is painfully evident." Borger seems to be making the case that Democrats need to circle the wagons around Hillary Clinton, not because the email scandal is much ado about nothing or some sort of right wing conspiracy, but rather because, apparently, Hillary Clinton, the Clinton name and history, as well as the Clinton machine, is just too big to fail.

Interestingly, Borger thinks the earned unpopularity of President Obama has added enough to the Democrat Party's woes that this should be yet another reason to "save" Hillary, again, focusing on the fortunes or misfortunes of the Democrat Party, rather than the seriousness of the growing Hillary Clinton secret home server email scandal.

"So, the conventional judgment that the Clinton behemoth is just too big — too well funded, too well supported, too historic — all helps account for the paucity of alternatives, to be sure. But there's much, much more to it than the phenom of Bigfoot Hillary. It's the phenom of Barack Obama, too — and the very strong counterforces he's generated around the country. The gains at the presidential level have not been cost-free: The country is polarized, the Democrats are often on defense and they're losing ground. One result: a thin presidential bench, which is painfully evident."

No word yet on whether Democrat operatives will heed Borger's advice.