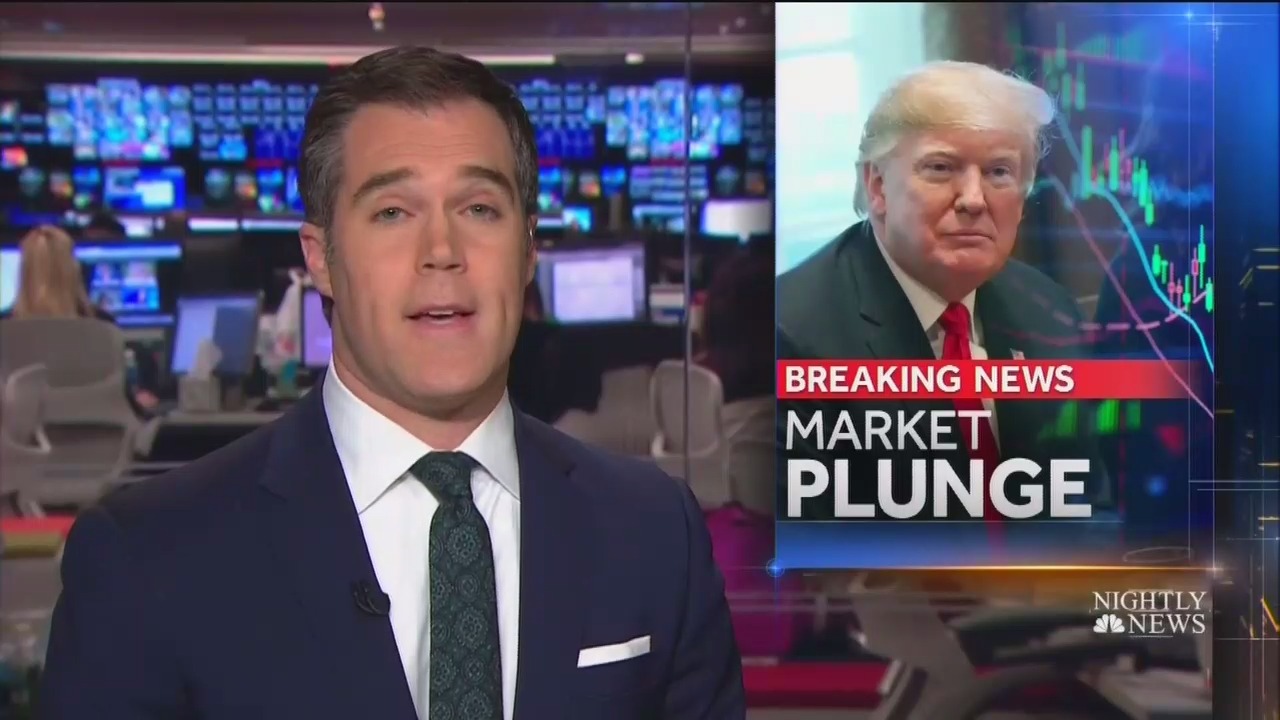 Stocks “rebounded in spectacular fashion in January,” but anyone reliant on network news programming may not have noticed since the networks proved yet again to care far more about bad economic news.

ABC, CBS and NBC evening news shows covered the bad news for stocks in December and January more than four times more than positive market news during that time (1,745 seconds to 422 seconds or 29 minutes, 8 seconds vs. 7 minutes, 3 seconds).

The shows often noted benchmarks for how bad the drop was including the “worst Christmas Eve ever,” and “on pace for the worst December since the Great Depression,” but none of the three told viewers it was the best January in 30 years. Out of 17 days with higher market closes in January, the evening news shows only covered two of them.

UPI reported on Feb. 1, that “After suffering their worst December in almost 90 years, U.S. stocks rebounded in spectacular fashion in January.” It noted that it was the best January for stocks in 30 years. That fact was not reported by ABC, CBS and NBC.

The Wall Street Journal reported on Jan. 31, that the Dow and S&P 500 had been “lifted by renewed confidence that the U.S. economy will keep powering ahead.”

Most of the broadcasts’ negative news on stocks was reported in December as ABC, CBS and NBC evening news shows stoked fears about the U.S. economy. Terms like “nosedive” “market meltdown” and worries about a coming recession proliferated on all three networks throughout a month that included the “worst Christmas Eve ever” for the markets.

The word recession came up that night on Evening News, although business analyst Jill Schlesinger noted that recessions are a part of the normal business cycle and will happen eventually.

On Dec. 7, all three broadcasts also covered the market fall. Evening News pointed out that it was the “worst start to December since 2008,” Nightly News mentioned recession fears and ABC warned that the markets would impact everyone — eventually.

Chief business correspondent Rebecca Jarvis concluded her report on factors driving markets down by saying, “even if you don’t have a penny invested in stocks right now, it still hits your bottom line in the long run.”

Negative stock stories also piled up on Dec. 14, Dec. 17, Dec. 19-21, Dec. 24, and Jan. 3. Positive stories were less frequent and many nights that stocks were up went unreported by the three shows.

From Jan. 2, through Feb. 6, that the Dow Jones Industrial Average closed higher than the prior day on 17 days — the networks covered gains on only two of those days.

Even before January, stocks saw a “record rebound” on Dec. 26, with the highest one day point gain in history, according to ABC.

That good news was dramatic enough all three networks covered it, but Nightly News still framed it pessimistically. NBC reported that “gears of an impending recession eased for today,” but turned to an analyst who said it’s “significance remains to be seen.”

Good market news on Dec. 27, was also reported on CBS with the reminder that “all three major indexes remain down more than 9 percent for December.”

MRC Business searched Nexis for all ABC, CBS and NBC transcripts mentioning stocks, stock market or Dow between Dec. 1, 2018, and Feb. 5, 2019. The evening news shows were watched to determine the amount of time stocks were covered once a corresponding transcript was found for that date. Each report was categorized as positive if it was about the market going up or negative if it was about the market falling.