News Layoffs Send DeadSpin Reeling: ‘How Is This Sh*t Legal’ 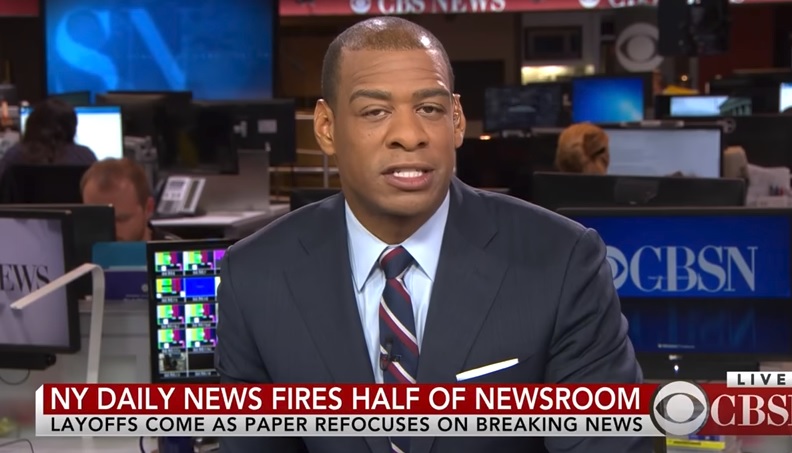 New York Daily News’ parent company Tronc announced it would cut the tabloids newsroom staff in half on July 23. DeadSpin viewed the act as class warfare.

Tronc attributed the cuts to “realities of our business and the need to adapt to an ever-changing media environment,” according to CBSNews.com. A $15 million payout to CEO Michael Ferro (bundling the three-year obligations into a single payment) ahead of sexual harassment claims against him surfaced in March, put Tronc $14.8 million in the red in the first quarter.

That was enough to send DeadSpin’s Concourse into a tailspin, calling Tronc a “media-looting hell-company,” blaming the layoffs on the Ferro payout and labeling it “class fucking warfare.” Not content to attack Tronc’s actions, the writer launched an all-out attack on capitalism, “ownership parasites,” and the “pure theft” of execs and “billionaire vampires.”

He also blasted DeadSpin’s own parent company, Univision, which he said “bought out dozens of people across our network of sister sites ... simply as a means of passing along the outrageous debt the company’s owners took on when they purchased Gizmodo Media Group in the first place.” Haim Saban is the liberal billionaire and Democrat donor who is chairman of the board for Univision. Variety reported July 7, that Univision is looking to sell off the Fusion Media Group, which includes the Gizmodo media brands, including DeadSpin.

“In a society not crippled and driven completely insane by capitalism, motherfuckers would go to prison for this,” DeadSpin Albert Burneko ranted. Burneko writes many profanity laced items for DeadSpin, often about food and sports.

Class warfare? Yes, according to Burneko it was “ a massive redistribution of wealth from the paper’s working people to a disgusting handsy shitbag multimillionaire, in a decision made far above those working people’s heads by a small handful of executive-and investor-class vampires.”

He went on to lash out at “versions of this” across the media world by “ownership parasites” and complained at length about it being “legal.”

“In absolutely any moral sense these things are pure theft, but they’re all legal, because in America, despite all this society’s supposed hatred of ‘class warfare,’ it’s legal for the rich to prey upon the rest of us.”

CBS provided far more balance in its insight about the newspaper’s finances. “The paper’s revenue and print circulation have been falling for years, even as it provided critical coverage after the Sept. 11 attacks and zeroed in on issues like public housing,” CBS reported.

Even after winning a Pulitzer Prize, revenue dropped 22 percent between 2014 and 2016.