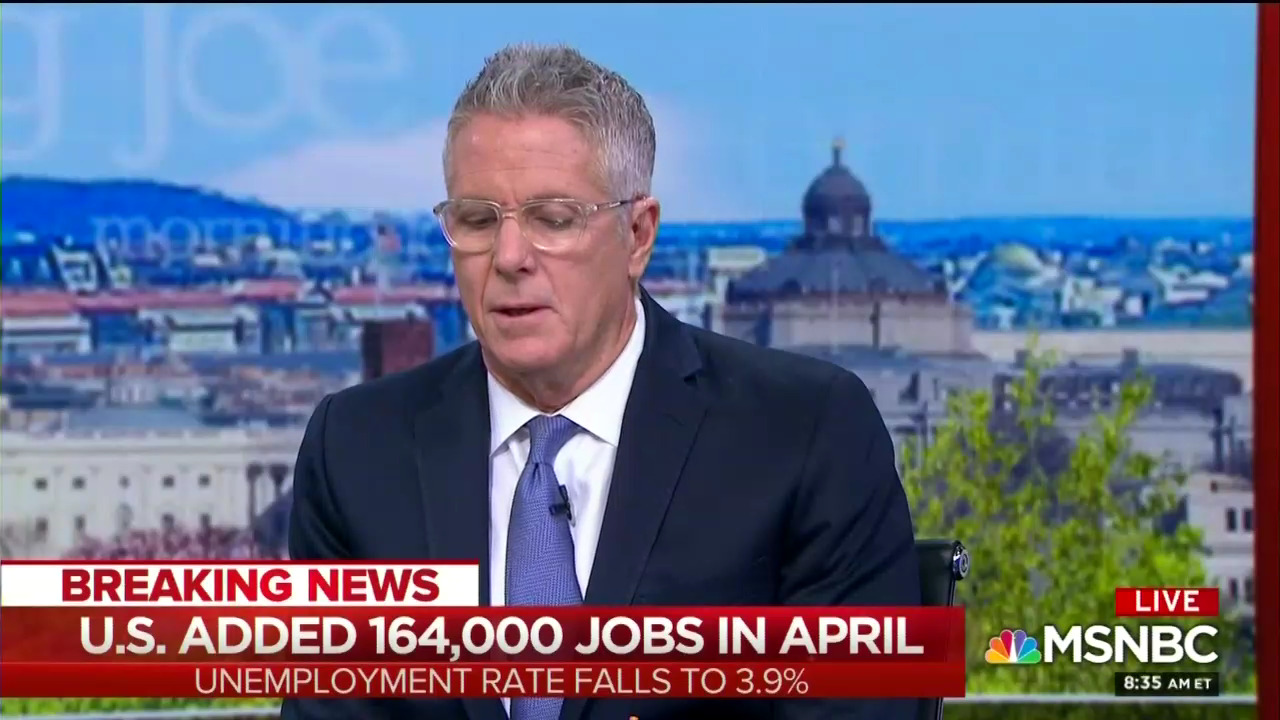 The unemployment rate dropped below 4 percent for the first time since 2000, prompting analysts to call it a “wow” number. It also provoked a surprising election analysis from MSNBC Morning Joe contributor Donny Deutsch on May 4.

“3.9 jobs, if he does the North Korea thing, ISIS. This man, unless there’s some real serious stuff in these indictments is gonna get reelected in a landslide,” Deutsch said following Sara Eisen’s update on April 2018 unemployment.

The CNBC correspondent and co-anchor Eisen told MSNBC about the “big headline 3.9 percent” unemployment, which is the lowest rate since December 2000. The Bureau of Labor Statistics also announced that 164,000 jobs had been added in April. They included a 32,000 job upward revision to the March numbers, and a downward revision of 2,000 to February’s data, for an added 30,000 total jobs.

Eisen called the 3.9 percent rate “a wow number” and said the stock market “loves this number.

The also told MSNBC there aren’t a lot of inflation signals so the Federal Reserve won’t need to be “super aggressive when it comes to interest rates.”

Of course, it wouldn’t be MSNBC’s Morning Joe if someone didn’t throw cold water on the administration. The show’s economic analyst Steve Rattner, told fellow Morning Joe panelists that “Donny is right, it’s a good number,” and “Sara is right" that the numbers are at a "sweet spot,” before implying that the economy won’t remain this good.

“I take Donny's point, in the fall of 2020, if the economy looks like this, it will be very good for Donald Trump,” Rattner admitted, but added it "has a long way to go from here to there without some kind of economic bump in the road."