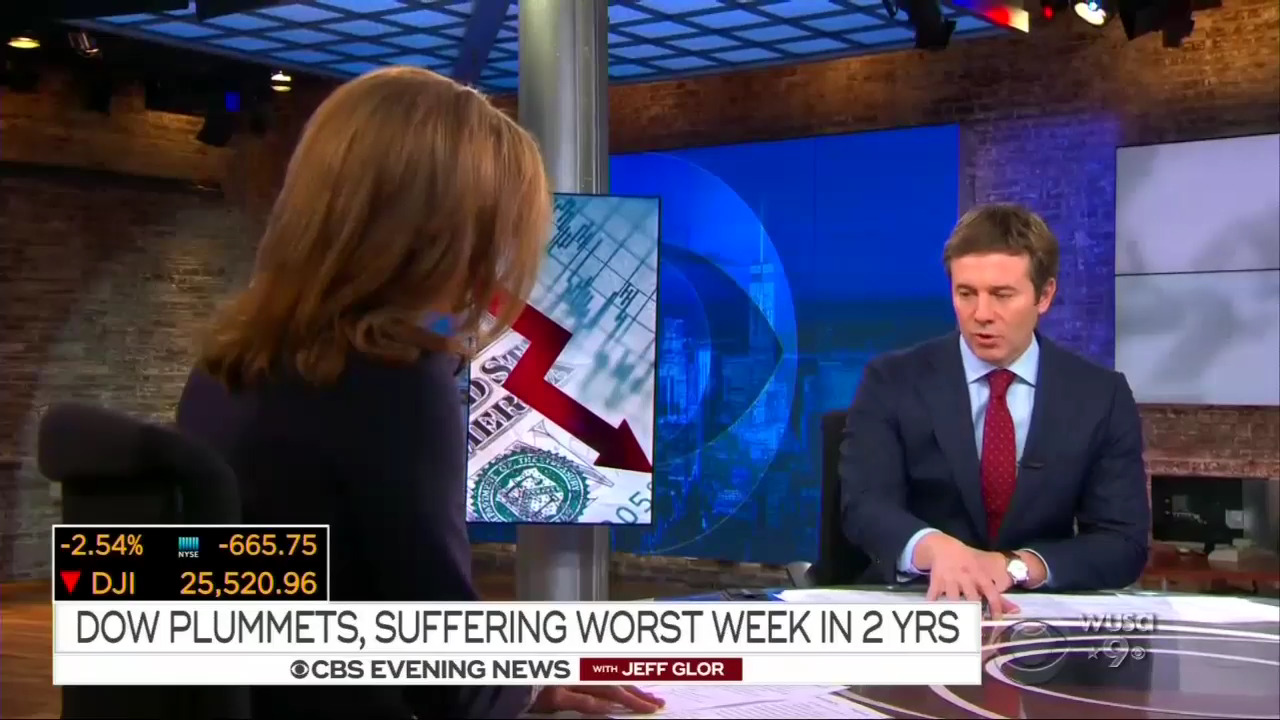 When the Dow Jones Industrial Average “nosedived” by nearly 666 points on Feb. 2, it got plenty of network attention. In fact, it got more coverage than the two huge Dow milestones that preceded it — combined.

Although that one-day selloff was a 2.5 percent drop which followed huge gains, the networks emphasized the “worst week for stocks in two years.” ABC World News Tonight with David Muir, NBC Nightly News and CBS Evening News spent a combined 251 seconds covering the markets on Feb. 2. Those same three shows spent about 33 percent more time on the selloff than on two major milestones during the prolonged stock market rally. 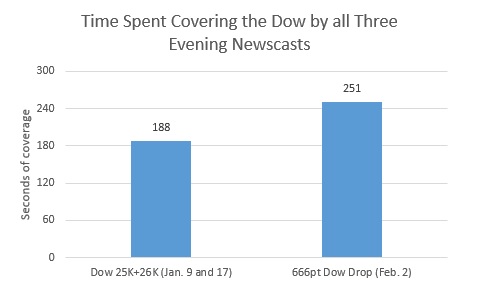 The shows refrained from delivering all bad news to viewers and pointing to good news in the overall economy. But all three evening newscasts could have provided more helpful perspective to their viewers about the Dow fluctuations.

World News with David Muir and Nightly News both failed to point out that day’s drop was a 2.5 percent decline, but did say that the market was up “over 20 percent over the past year.”

Evening News began its broadcast with a report about the “worst day for the Dow in more than two years.” The story acknowledged the percentage of the Feb. 2, selloff (2.5 percent) but failed to give viewers the context of the past year or anything longer.

Instead, anchor Jeff Glor pointed out that the Dow index was still higher than where it was at the beginning of 2018 — still showing gains of 3.24 percent this year. Given the huge gains of the prior year (or previous two years) it was 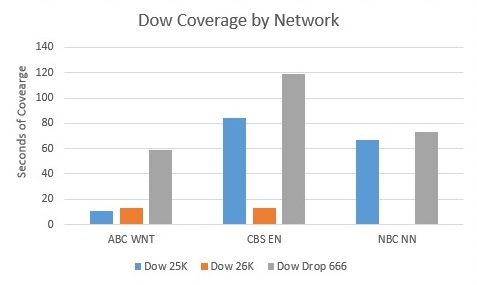 an odd choice to focus solely on 2018 gains.

On CNBC Feb. 5, Senior Markets Commentator Mike Santoli called it an “overdue pullback in a market that everybody agreed a week ago was incredibly overextended and in need off some backing off. So that’s what we’ve gotten right here.”

He also explained that the loss of “665 or so points on Friday was a top 10 point loss off all-time. It was the 599th largest percentage loss of all time.”

Mike Ciandella contributed to this analysis.