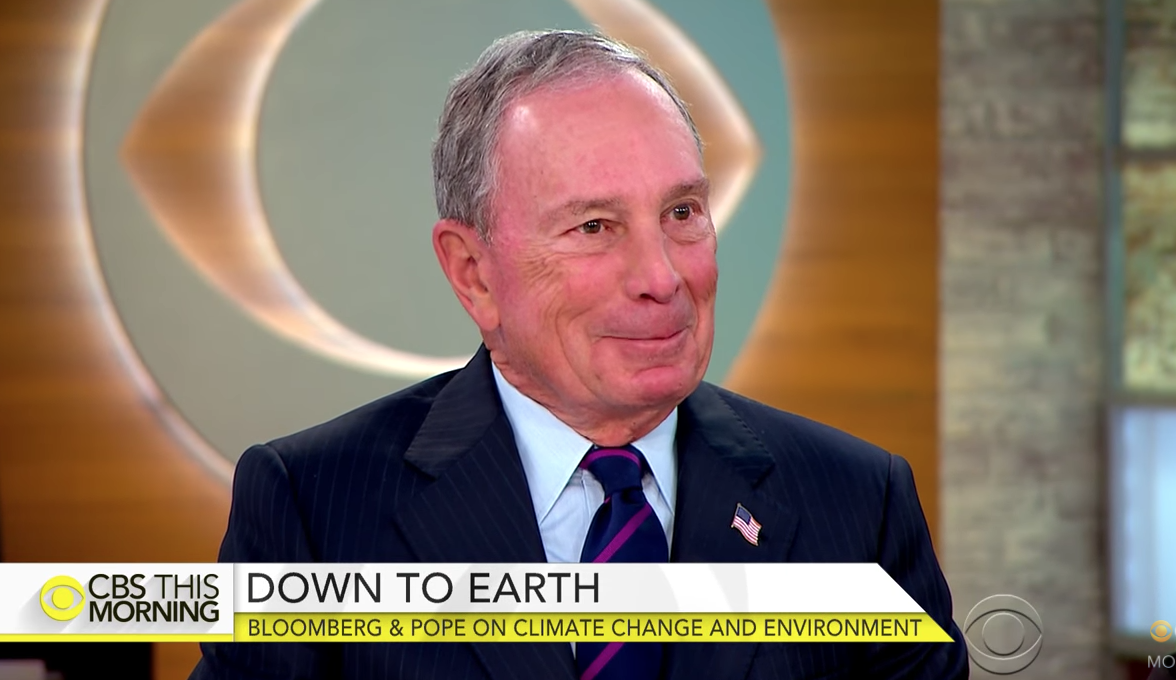 On the heels of committing yet another $64 million to Sierra Club’s anti-coal crusade “Beyond Coal” in October 2017, Bloomberg Philanthropies announced that the former mayor of New York would also give an additional $50 million on international anti-coal efforts. Adding that to his previous spending, Bloomberg has committed at least $214 million to shutting down coal power.

That additional money will go to international organizations including “leading partner” European Climate Foundation (ECF). ECF is working to decarbonize all of Europe’s electricity because of climate change.

“The Beyond Coal campaign has helped make the U.S. the world leader in reducing carbon emissions and will bring us 60 percent of the way to our Paris Agreement goal,” Bloomberg said according to a press release from his Bloomberg Philanthropies.

Bloomberg had already given $100 million to the Sierra Club’s Beyond Coal campaign which works to shut down U.S. coal plants, according to Bloomberg.com — part of his massive media empire. Although Reuters reported a higher figure of $110 million.

In June, Bloomberg released a documentary called From the Ashes, which National Geographic channel aired. It attempted to undermine the idea that former President Barack Obama initiated a “war on coal,” by blaming the decline on the rise of natural gas and mechanized mining while also credited the Sierra Club for shutting down hundreds of coal projects.

Earlier in 2017, the book Climate of Hope — co-authored by Bloomberg and the former chairman of the Sierra Club Carl Pope — illustrated the interconnectedness of left-wing groups and donors, mentioning George Soros, Tom Steyer and the Rockefeller foundations.