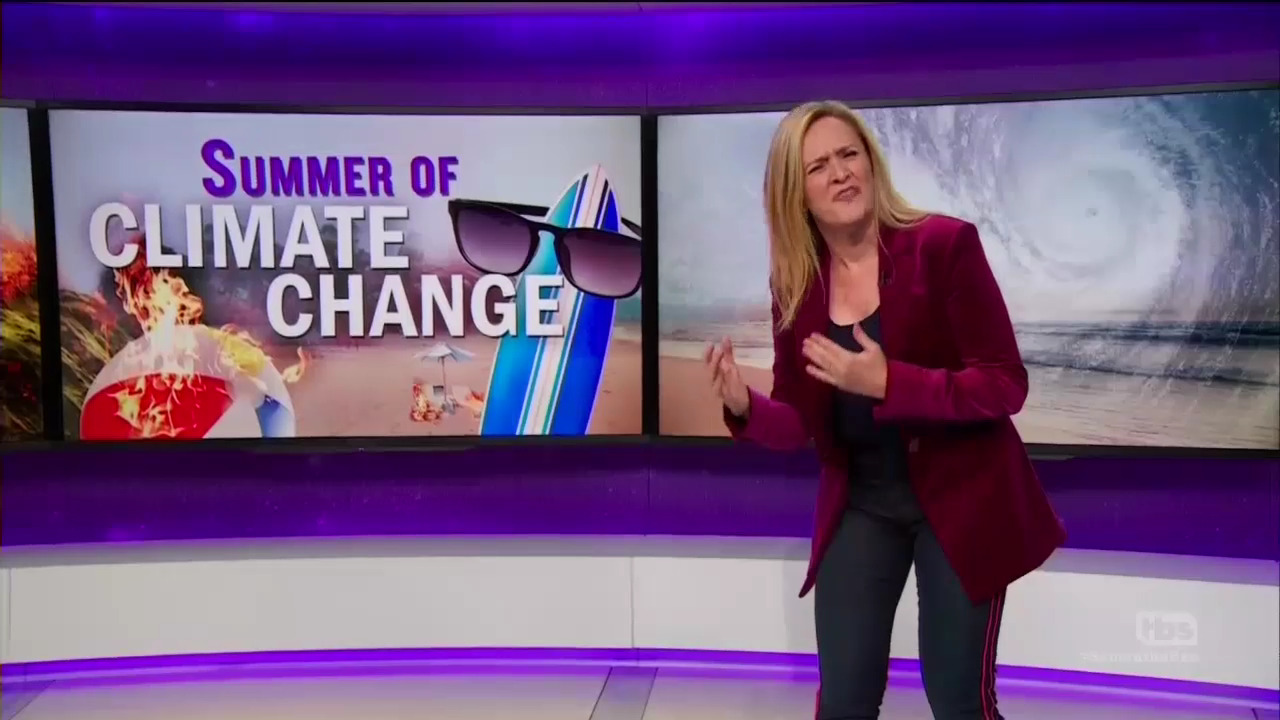 Leave it to Samantha Bee to take climate hyperbole and turn it into a haunted, climate, hell house.

Full Frontal with Samantha Bee spent the entire episode on Oct. 25, warning that climate change was “destroying the world,” that President Donald Trump was “attacking us in every way imaginable,” and she attempted to scare the “denial” out of people who disagree. Her method? A climate-themed haunted house.

She showed news clips of natural disasters including the California wildfires and recent hurricanes in order to persuade viewers that climate change was deadly and getting worse.

Bee also also used Trump’s Twitter habits as implicit punchline, saying “I get it. It’s hard to remember that climate change is slowly destroying the world. Maybe because it doesn’t have a Twitter account to remind us of our mortality every five minutes.” A Trump tweet about North Korea was onscreen as she delivered her joke.

One segment of the program was devoted to attacking Trump and his Environmental Protection Agency administrator Scott Pruitt for wanting to stop former President Barack Obama’s Clean Power Plan.

After railing against them Bee admitted, “We can’t stop Pruitt from killing the Clean Power Plan, but we can be jerks about it.” She then called on people to submit requests for a hearing to the EPA before Oct. 31, to annoy Pruitt before making her own request. 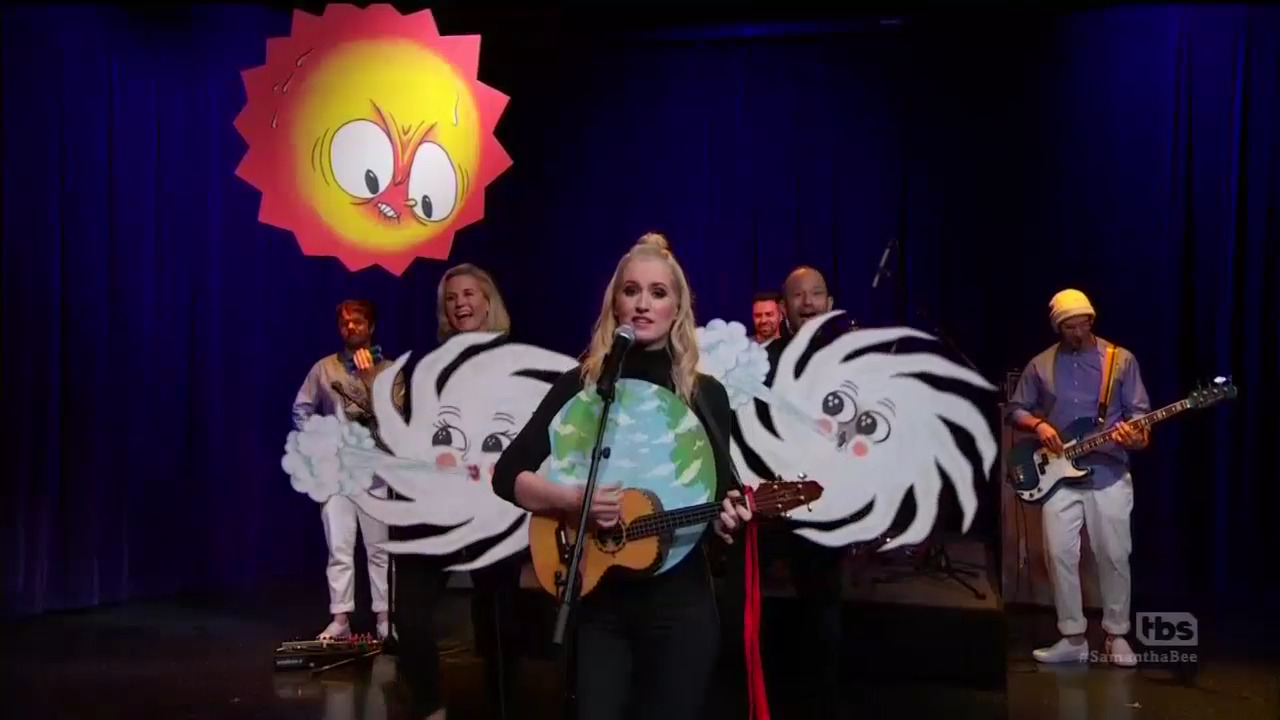 “Consider this our official Full Frontal request for a hearing on the Clean Power Plan you big Alaska-despoiling F*** (the word choice was obvious, but accompanied by a BLEEP). Warmly, Samantha Bee.”

The comedian often goes out of her way to be offensive, and this was no exception with unrelated jabs at Attorney General Jeff Sessions as racist, a portrayal of “religious zealots” as “assholes” and Ingrid Michaelson’s guest appearance singing a new climate-alarmist and F-bomb laden version of her song, “Be Okay.” The new version was called “Not Okay,” and sung by Michaelson from the perspective of Mother Earth.

After talking about attempts to scare people from sin in the 1960s and 1970s, Bee suggested convincing people climate change is a threat by scaring them just like “religious zealots” did about hell, but “with less assholery.”