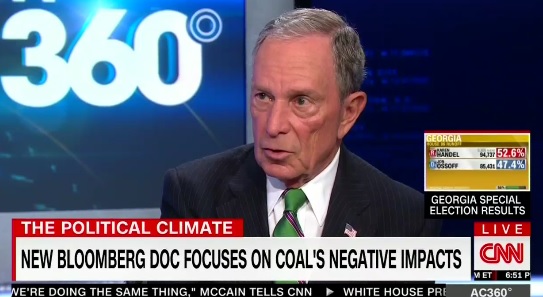 Anderson Cooper wore his bias on his sleeve in a Tuesday night interview with former Mayor Michael Bloomberg.

Cooper brought Bloomberg on his show June 20, to discuss his new coal documentary and failed to challenge him about the millions the billionaire politician spent to shut down coal plants.

How could any unbiased journalist interview Bloomberg about coal without bringing up his $80 million fight against it? Hint: They can’t.

He treated Bloomberg as an expert on coal and the billionaire happily denounced coal as “far and away the worst fuel you can burn,” downplayed regulatory attacks on the industry by blaming the coal industry’s struggles “mainly” on technology and made himself look good by saying his Bloomberg Philanthropies is spending money to help retrain coal workers.

“Coal miners are a case where we’ve got to help them. And in fact the president’s budget took away funding from a few of these organizations that are trying to train coal miners in new careers. And Bloomberg Philanthropies, I’m happy to say, has stepped in and we’re trying to support them,” Bloomberg told Cooper. 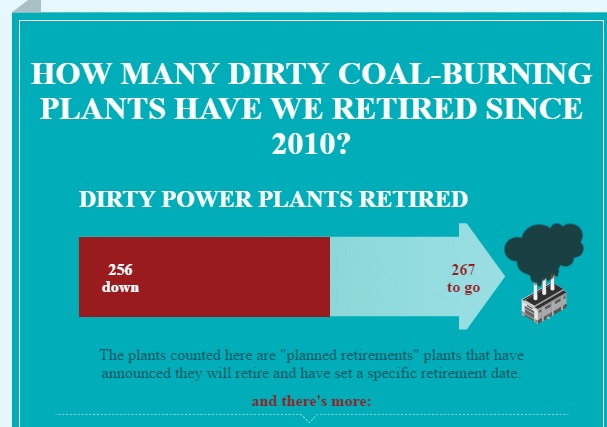 Any fair journalist should have asked the former NYC mayor how he could make those claims after spending $80 million funding the Sierra Club’s anti-coal project: Beyond Coal. Bloomberg granted another $30 million to the campaign in 2015 after having already given $50 million over prior years, according to InsideClimate News. The entire aim of the Sierra Club was to shut down U.S. coal power plants.

Bloomberg has not kept that funding a secret. The Bloomberg Philanthropies website has a Beyond Coal section touting its support for the project. According to the Sierra Club website, Beyond Coal is also featured in Bloomberg’s new documentary “From the Ashes” which will air on National Geographic on June 25.

Bloomberg remains so close to the former Sierra Club executive director Carl Pope that the two of them just wrote a book together promoting their agenda on climate change.