The New York Times Opinion section is pushing for everybody to become insectivores in order to join the militant woke crusade against climate change. 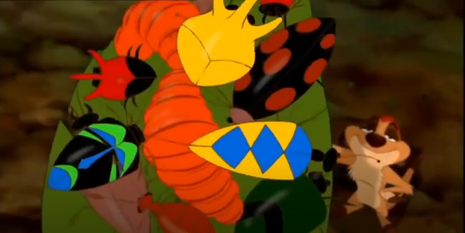 The video, headlined “The Joy of Cooking (Insects),” pontificated how “Climate-conscious cooking means getting creative” — with bugs. The description for the video by Opinion Video Deputy Director Jonah Kessel, Opinion visuals journalist Tala Schlossberg and Times correspondent Kirk Semple promoted eating bugs as some sort of solution to protect Gaia: “[A]s we explore in the Opinion Video above, a growing tribe of environmentalists, academics and entrepreneurs are arguing that edible insects must enjoy a wider acceptance to help create a more sustainable global food system and save the planet.”

It continued: "[U]nless we make major adjustments to the food we eat and how we produce it, we're cooked."

The Times video itself spent over 11 minutes propagandizing about bug-eating while trying to scare people about climate change being a so-called “global emergency.” Cricket-diet-advocating Entomo Farms co-founder Darren Goldin, featured at the beginning of the video, salivates: “I don’t think there’s an insect I wouldn’t eat.” Sounds like he’s channeling Pumbaa's iconic line on bug eating in Walt Disney's The Lion King (1994): “Slimy yet satisfying.”

The Times tried convincing people that, “Scientists have warned that unless we make major adjustments to the kinds of food we eat and how we produce it, we have no chance of meeting our climate goals.” The solution apparently means getting rid of people’s meat-eating habits: “A change in dietary patterns, especially reduced demand for meat, would help relieve pressure on the environment and mitigate global warming.” To quote Disney’s favorite meerkat Timon, “Eh, we’re fresh out of zebra.”

Get rid of the meat and bring on the bugs, exclaimed The Times:

Conservatives are under attack. Contact The New York Times at 1-(800) 698-4637 and demand it stop peddling climate change nonsense.