OUCH! WashPost Excoriates Dems for ‘Worst Defense of the Biden Administration Yet’ 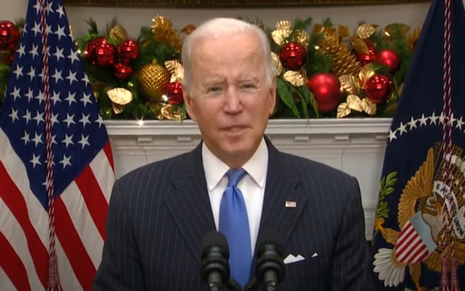 The Washington Post ripped the Democratic Congressional Campaign Committee’s self-own for trying to garner praise for President Joe Biden for a paltry drop in gas prices.

The DCCC tweeted out a graph which appeared to show a significant drop in gas prices. The DCCC captioned its tweet: “Thanks, @JoeBiden.” But the DCCC was being either very misleading or displaying complete ineptitude. Upon closer examination, the graph actually showed only a drop of — wait for it — two cents around the last two weeks of November ($3.40 → $3.38).

Liberal Post national correspondent Philip Bump headlined his write-up of the tweet: “This might be the worst defense of the Biden administration yet.” The sub-headline was likely just as painful for Bump: “You’re not helping, DCCC.”

But Bump still tried to hold out that maybe the DCCC was on to something, even though it was wildly off in its tweet:

It is possible that the country has seen a peak in the price of a gallon of gas. If so, that would certainly be good news and might even help turn Biden’s approval ratings around. But the DCCC might be advised to wait until that turnaround is a little more substantial than it currently is before boasting about how effective the president has been. Or, at least, they might not want to try to prove their dubious point with a graph that makes obvious how modest the decrease has been, [emphasis added].

Data by Ycharts tells a different story from what the DCCC’s tweet indicated. Ycharts shows that the average for U.S. retail gas price is still very high at $3.48 per gallon for the week of Nov. 29.