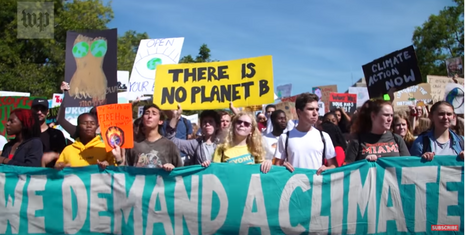 WNYC Studios co-produced an eco-extremist segment with The New Yorker that was headlined, “How to Blow Up a Pipeline.” The segment, headed up by magazine editor David Remnick, was the nexus of the entire Sept. 24 edition of The New Yorker Radio Hour. The podcast had an asinine headline: “Should the Climate Movement Embrace Sabotage?” Remnick fear-mongered how “the effects of climate change are already here and they’re catastrophic” before it gave a platform to the crazy views of Lund University Department of Human Geography Professor Andreas Malm. “‘I am recommending that the [climate] movement continues with mass action and civil disobedience, but also opens up for property destruction,’” Malm said. “So, I am in favor of destroying machines, property.” WNYC listed at least 66 radio stations where the podcast could be heard across the U.S. and abroad.

WNYC Studios is a subsidiary of the taxpayer-funded New York Public Radio (WNYC), a member station of National Public Radio.

“How to Blow up a Pipeline” is the title for Malm’s latest book. Remnick pushed how Malm wants “environmental activists to rethink their commitment to nonviolence and embrace tactics of sabotage.” Malm boasted how he was part of a Swedish eco-group in 2007 that deflated “thousands” of SUVs in rich neighborhoods to discourage their usage and had the audacity to say it was a mere “inconvenience” to owners and “not property destruction.” Malm said his book was a “call for escalation,”or “a call for the movement” to “move away from an exclusive focus on polite, gentle and perfectly peaceful civil disobedience.”

It got worse. “I think property can be destroyed in all manner of ways, or it can be neutralized in a very gentle fashion, as when we deflated the SUVs, or in a more spectacular fashion as in potentially blowing up a pipeline that’s under construction,” Malm spewed. Malm said “most social movements that have struggled against overwhelming odds” have “diversified and used a number of different tactics” like property destruction and confrontation with the police.” He praised the Marxist Black Lives Matter riots in 2020 for causing “tremendous property destruction” and “conquering and burning down police stations in Minneapolis”. He called the riots an “integral part of [the] uprising.”

Climate Depot founder and “Green Fraud” author Marc Morano excoriated The New Yorker for pushing “eco-terrorism” in comments to the MRC: “The New Yorker appears to be joining the growing movement of green activists endorsing intimidation and coercion to achieve environmental and climate goals.” He continued: “Many environmental activists seem to be asking themselves why not use violence and threats of violence to achieve their ends.” Morano said that “[t]his era of COVID mandate coercion may be further radicalizing environmental and climate activists to get the same attention as the COVID.”