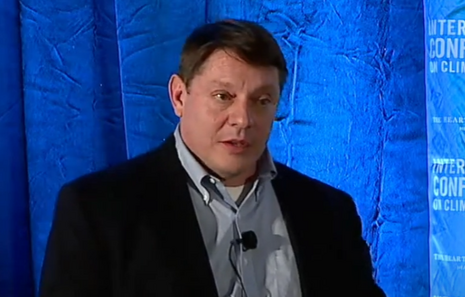 Milloy lambasted the propaganda in comments to MRC Business: “A non-record hurricane hitting the Gulf Coast in hurricane season is hardly a reason to claim that Ida is the ‘poster child’ of climate change.” Leave it to The Post to take a story of a natural disaster affecting millions and juice it with leftist political spin. In its latest eco-extremism, the newspaper bleated how “[c]limate change not only sets the stage for bigger, fiercer, faster storms, it also makes the deadliest aspect of hurricanes — a deluge of water — even more intense.”

The Post fear-mongered that “[i]n an era when climate change has raised the bar for how bad hurricanes can become, [MIT Professor of Atmospheric Science Kerry] Emanuel said, Hurricane Ida is a hint of what can happen when a storm reaches its ‘full potential.’” But Milloy explained to  MRC Business why this wild connection of the hurricane to climate change is ridiculous:

During the 2010’s, there was a 10-year long drought in land-falling [major] hurricanes. Was that also ‘climate change’? No word from [T]he Washington Post on that one. It’s also useful to remember that [T]he Washington Post has reported that the most active hurricane period of the past 500 years occurred during the years 1772-1781. That is way before coal plants, SUVs and cheeseburgers.

Milloy wasn’t finished taking down The Post‘s argument. The Post chimed how “[r]ising sea levels linked to global warming will also exacerbate the storm’s effect.” It continued: “Few places in the United States have suffered more from rising waters as Louisiana, where seas in some areas are 24 inches above their 1950 levels.” Milloy said what was happening to Louisiana had nothing to do with rising sea levels:

These storms, whatever their cause, will continue [to] cause more damage to New Orleans as the city and environs continue to sink. Since the 1950s, sections of the area have sunk by 24 inches. This is not sea level rise, this is just natural and man-made land subsidence.

Former President Barack Obama’s Under Secretary for Science at the U.S. Department of Energy Steven Koonin mocked the “rising sea level” scare narrative in March: “[The] sea level is rising at the spectacular rate of one foot per century and was doing it at about the same rate 80 years ago.”

Conservatives are under attack. Contact The Washington Post at 202-334-6000 and demand it stop shoving eco-extremism on the American people and report the truth about the climate.