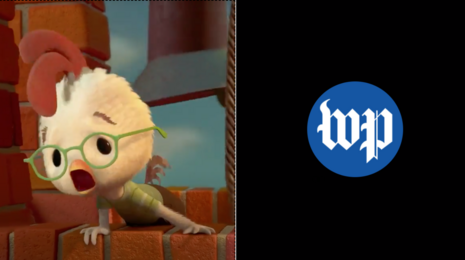 The Washington Post Editorial Board tried to scare the U.S. Senate into passing sweeping legislation to fight climate change.

The liberal paper’s March 18 editorial headline seemed to suggest Armageddon could happen tomorrow: “The danger of climate change is imminent. The Senate must approve a strong policy.” The editorial reeked of eco-extremist propaganda: “The danger is imminent. The world cannot afford another round of nice-sounding proposals followed by inaction. Congress must go big on climate change.” [Emphasis added.]

The Post cried how “THERE HAVE been many moments when it seemed as though the United States would tackle climate change, only for hopes to be dashed.” Not to fear, said The Post, “Now, it has another chance. President [Joe] Biden promised to put global warming at the top of his agenda, and congressional Democrats, for now clinging to narrow majorities, are beginning to offer plans.”

The Post performed what appeared to be public relations for Democrats by advocating for the “the sprawling Clean Future Act, released earlier this month by the leaders of the House Energy and Commerce Committee.” The legislation “would have the country reach net-zero greenhouse emissions by mid-century, starting with massive decarbonization of the electricity sector over the next decade,” The Post fawned.

Perhaps The Post forgot what then-Secretary of State John Kerry said in 2015 about the uselessness of the U.S. eliminating its greenhouse emissions:

The irony was that former President Barack Obama’s former Under Secretary for Science at the U.S. Department of Energy Steven Koonin blew up much of the climate fearmongering The Post was peddling just a day after its editorial was published. Koonin gave the eco-extremists a heavy dose of reality during the March 19 edition of Kudlow on Fox Business:

[E]very time I hear somebody talk about an existential threat from a changing climate, I'm reminded of a line from the classic movie The Princess Bride. You keep using that word, the 'science,' but I don't think that word means what you think it means. And, in fact, discussions of existential threat, climate crisis, climate disaster are really at odds with what the official science says in reports that are issued by the U.N. and the U.S. government.

Koonin said that the globe had warmed only “about a degree, from 1900 until the present. And that warming is due to some combination of human influences and natural influences.” In addition, “almost no severe weather event shows any detectable trend. There are no long-term trends in droughts or floods around the globe, in severe weather events like thunderstorms.”

Koonin continued his analysis, indirectly dismantling The Post’s own eco-propaganda:

[The] sea level is rising at the spectacular rate of one foot per century and was doing it at about the same rate 80 years ago. In the U.S., record high temperatures are no more frequent than they were in the 1900s. I can go on and on. No detectable human influences on hurricanes. This is not Steve talking. This is what's in those reports, often explicitly, but sometimes a little bit obscured and you got to read closely to find it.

The facts that Koonin pointed out were apparently lost on The Post, which pleaded that “[o]ne way or another, this Senate must approve a strong climate policy.”

Conservatives are under attack. Contact The Washington Post at 202-334-6000 and demand it stop shoving eco-extremism in the American people’s faces and report the truth about the climate.