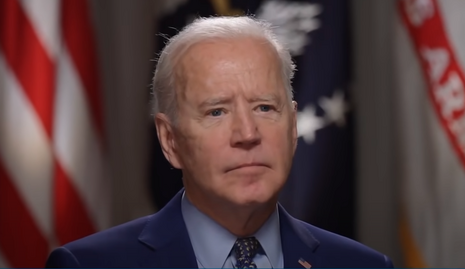 Reuters’ story on the CPI data cited Johns Hopkins University Center for Financial Economics Director Robert Barbera. Reuters included his comments in the fourth paragraph, to undercut the news that “U.S. consumer prices increased by the most in nearly 12 years in April,” which “could add fuel to financial market fears of a lengthy period of higher inflation.” “‘This is not a sign of an inflation problem,’” Barbera reportedly told Reuters. “‘We have the capacity to produce this stuff, we simply need time to get things back on line.’" Federal Election Commission data revealed that Barbera donated $5,600 directly to Biden’s campaign and $26,500 to the Biden Victory Fund. In addition, Barbera also gave $23,850 to the Democratic National Committee (DNC).

Barbera’s donations to Biden and the DNC taint his statement with a glaring conflict of interest. Reuters never disclosed Barbera’s political bias, of course. Reuters' has a history of not disclosing the potential conflicts of interests of its sources.

But Reuters had to concede that the CPI data destroyed the outlet’s own survey of economists’ expectations:

Economists polled by Reuters had forecast the CPI would climb 0.2%. In the 12 months through April, the CPI shot up 4.2%. That was the largest gain since September 2008 and followed a 2.6% increase in March.

Reuters included another source that gave clear warnings about the “inflation problem” that Barbera dismissed earlier in the piece. However, the other source’s comments were buried at the bottom of the story in the 21st paragraph. The 21st paragraph also happened to be the last paragraph. JPMorgan Asset Management Chief Global Strategist David Kelly sounded the alarm bells on inflation:

‘Put together with potentially higher wage inflation, higher inflation may be stickier than the Fed expects.’

CNBC co-anchor Joe Kernen has raised red flags about inflation as well. Kernen said on the May 12 edition of Squawk Box that he was having a horrible sense of “déjà vu.” He made the comment after noting the rising commodity prices hitting the markets, new military conflict in the Middle East and rising crime in New York City. Specifically, Kernen suggested that the U.S. economy under Biden could end up experiencing a repeat of the nightmarish 1970s stagflation that occurred under former President Jimmy Carter.

MRC Business reached out to Barbera for comment May 12 with a May 14, 12:00 p.m. deadline. Barbera has provided no response as of the publication of this article.

Conservatives are under attack. Contact Reuters and demand it disclose the political biases of its sources.