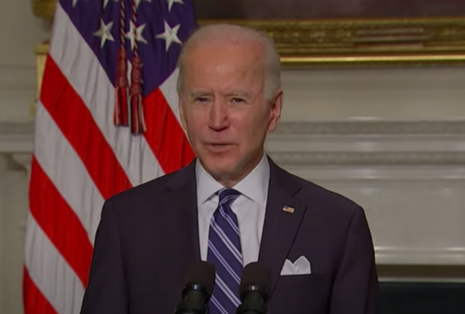 The Wall Street Journal took a sledgehammer to a scheme by President Joe Biden's administration to push job-killing climate regulations without congressional approval.

A new Journal editorial exposed how “Democratic AGs, green groups and a top Biden environmental regulator are colluding on a plan to impose the Green New Deal on states through a back regulatory door because they know they can’t pass it through the front in Congress.”

As the editorial described it, “Climate activists have long sought to force CO2 emissions reductions under the Clean Air Act, but this has been tricky. The Supreme Court in Massachusetts v. EPA (2007) ruled that the law’s general definition of ‘pollutant’ covered greenhouse gases.” However, “the Court didn’t tell the [Environmental Protection Agency] how it should regulate CO2 under the law.”

The Journal named former Obama administration EPA official and current Acting Assistant Administrator for the Office of Air and Radiation Joseph Goffman. Specifically, the paper identified Goffman as the mastermind behind the plan to use “backdoor” methods to force states to regulate CO2. Goffman was responsible for EPA’s NAAQS.

The Journal outlined the nefarious CO2 regulation scheme in detail:

Emails obtained by Chris Horner at Energy Policy Advocates, which were shared with us, show Democratic AGs in 2019 consulted Mr. Goffman, then at Harvard Law School, on using the NAAQS to regulate CO2.

Consultants referred by Mr. Goffman told the AGs that regulating CO2 as a criteria pollutant wouldn’t fly. But they proposed using ozone NAAQS as what one called a ‘backdoor.’ Fossil fuel combustion, motor vehicle exhaust and industrial emissions contribute to ozone.

But with Goffman serving in the Biden administration, he has now been placed “in [a] position to execute their plan at the Biden EPA.”

The Journal noted that Democratic Attorneys General had already begun their push to regulate CO2 just a day before Biden’s inauguration:

Sixteen Democratic AGs on Jan. 19—a day before Mr. Biden’s inauguration—challenged the EPA’s current ozone NAAQS. Their one paragraph lawsuit says the standards are ‘unlawful, arbitrary and capricious and therefore must be vacated.’ Their aim is to hasten a replacement ozone rule that regulates CO2.