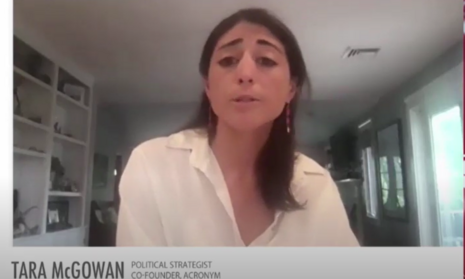 The activist leading the leftist “dark money” group behind the Iowa Democratic Caucus app fiasco is trying to funnel millions into her gambit to fight conservative media.

ACRONYM CEO and Democratic strategist Tara McGowan has been planning a “new $65 million effort to push progressive local news around the United States as part of an attempt to match the dominance of right-wing media,” according to Vox Recode. McGowan’s ACRONYM was behind “fake news” network Courier Newsroom that operated to influence the 2020 election.

Recode stated that McGowan has “attracted controversy from journalism groups concerned that her advocacy efforts masquerade as unbiased media.” The new McGowan scheme — dubbed “Project for Good Information,” — “makes clear, though, that some progressives are prepared to double down on her strategy.” [Emphasis added.]

Recode broke down that the $65 million raised will be split in the following ways: “$35 million for the investment arm, $25 million for the foundation, and the remaining $5 million for a two-year operating budget.” The outlet noted that ACRONYM and its affiliated groups have received financial backing from vehement anti-Trump billionaires like liberal LinkedIn co-founder Reid Hoffman. 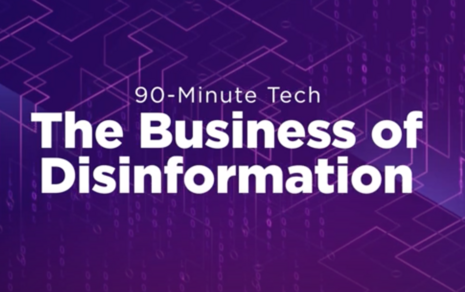 Recode summarized that the new progressive initiative would be structured around two entities:

Last year, Americans for Public Trust (APT) filed a legal complaint with the Federal Election Commission against Courier Newsroom. APT alleged that Courier Newsroom “must register as a political committee because of its ties to a Democratic-aligned group,” according to The Washington Post. Reporting by OpenSecrets showed that “Courier has faced scrutiny for exploiting the collapse of local journalism to spread ‘hyperlocal partisan propaganda.’” In its "About Us" page, Courier Newsroom claimed: “Courier Newsroom and its affiliated sites operate independently from ACRONYM.” However, a tax return obtained by OpenSecrets listed “ACRONYM as the full owner of Courier as of April 30, 2019.”

McGowan has been trying to take the heat off of her partisan ties while still looking to push progressive news. According to Recode,

McGowan is attempting to strip away the partisan ties that have dogged her previous journalism plays, including Courier Newsroom, which her new organization [Project for Good Information] will back. The idea, according to people familiar with the new structure, is to continue creating a media ecosystem without the linkages between those outlets and a political organization like Acronym, Courier’s current backer. A lingering challenge, though, will be how to position the outlets as nonpartisan given McGowan’s background, [emphasis added.]

McGowan’s Twitter profile bio in May, 2020, read: “[W]eaponizing truth to get Trump TFO.”

Recode summarized the mindset behind the new project: “If partisan news [like Breitbart, suggested Recode, are] going to exist, the thinking goes, Democrats should offer their own instead of depending on nonpartisan media outlets to try to counter the right’s disinformation machine.” [Emphasis added.]