The Bureau of Labor Statistics (BLS) released a report at 8:30 am today showing that total nonfarm payroll employment skyrocketed 638,000 jobs in October, which destroyed expectations of a 530,000 increase by Dow Jones-surveyed economists, according to CNBC. That’s a whopping 108,000 disparity. For extra measure, the unemployment rate fell an entire percentage point from 7.9 percent in September to 6.9 percent in October, also destroying expectations by Dow Jones-surveyed economists. Economists reportedly expected just a minor drop in the unemployment rate to 7.7 percent. Following a notorious record of ignoring, censoring and suppressing good news in Trump’s economy, ABC’s Good Morning America (GMA), CBS This Morning and NBC’s Today (including the Third Hour of Today) blacked out the news entirely.

GMA did find the time in the minutes after the 8:30 a.m. BLS report drop to spend an entire 366 seconds droning on about — wait for it — ABC’s reality TV show The Bachelorette.

CBS This Morning, also ignoring the story completely, decided to spend 359 seconds beginning at 8:40 a.m., talking about — wait for it — a poet’s new book.

In fact, CBS This Morning’s only mention of anything related to the BLS report was an old negative prediction that the jobs report would show that “US hiring likely slowed” in the tiny bottom moving chyron, which had also stoked fears about the coronavirus. That same headline repeated throughout the segment with no update on what the actual numbers were. 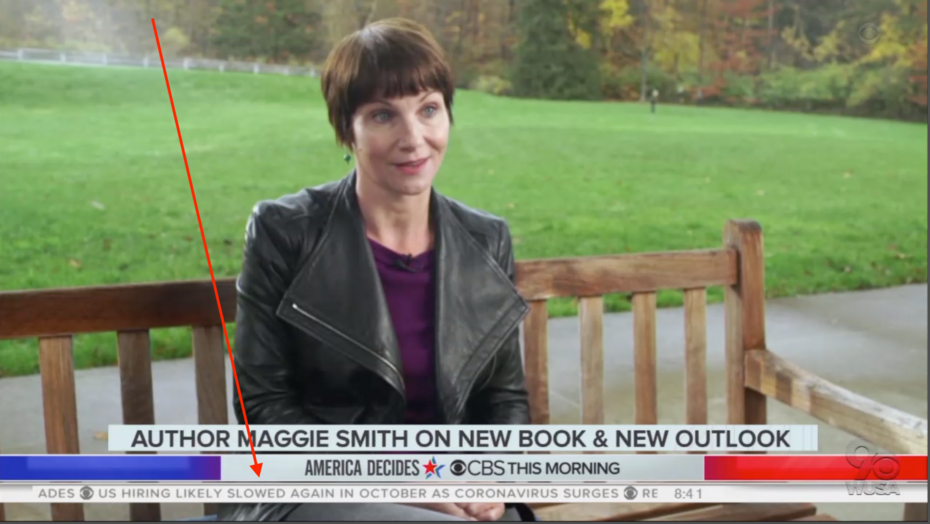 NBC’s Today, instead of covering the employment numbers at all, decided to spend 373 seconds of coverage on a segment called “Today Food Loves Football” at about 8:44 a.m., which was a pointless matchup of recipes from chefs representing two football teams: the New Orleans Saints and Tampa Bay Buccaneers. The two teams are set to face off on Sunday Night Football. One would think the hosts could have just carved just a bit of that time to update viewers on the employment situation. Instead, the network only cut the segment short to update viewers on how Democratic presidential nominee Joe Biden had taken the lead in the voting in the swing state of Pennsylvania.

NBC’s 3rd Hour of Today was preempted by a special report on election updates, which included a heavy amount of venom launched at the president for his allegations of widespread voter fraud. This proceeded for an entire hour, with no commercial break, and without providing viewers any news on the employment numbers.

The Big Three morning news shows have already engaged in this kind of egregious media blackout chicanery throughout the election.

Recently, CBS This Morning and NBC’s Today (including Today’s third hour) completely ignored reporting news that U.S. GDP jumped to an historic 33.1 percent annualized rate of growth in the third quarter for its fastest growth ever, beating expectations. The only mention on ABC’s Good Morning America of the GDP news was a suppressed, vague mention criticizing Trump in the bottom moving chyron.

When the Bureau of Labor Statistics (BLS) released a report Sept. 4 showing that the unemployment rate dipped nearly two percentage points to 8.4 percent in August from 10.2 percent in June, all three morning news networks ignored reporting the story.