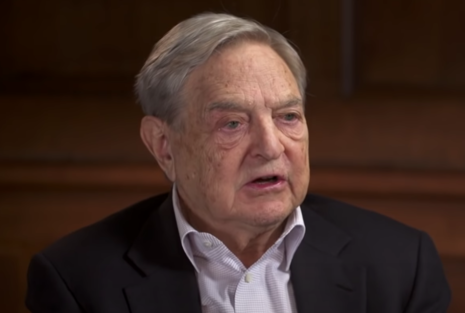 The New York Times devoured the story like a 5-year old on a sugar binge.

Herndon said Soros’s announcement was an outgrowth of the “national protests for racial equality and calls for police reform ignited by the killing of George Floyd in Minneapolis.”

As is typical of liberal Times pieces, Herndon didn’t mention anything about the violent, leftist riots that have ripped through the U.S. in past weeks. Much of the Twin Cities in Minnesota, according to The Wall Street Journal, is in “ruins,” which Herndnon also ignored.

Herndon also tried to insulate Soros from pending criticism from conservatives who question his involvement by hurling arbitrary accusations of anti-Semitism. That had nothing to do with the story. Herndon wrote on two separate instances in his piece:

Herndon even took some time to do a bit of juicy PR for Democratic candidates, including presumptive Democratic presidential nominee Joe Biden:

Herndon continued, crowing: “It is the convergence of an election year in which Democrats are desperate to defeat President Trump with an extraordinary protest movement that has pushed many to action, changing public opinion among white Americans and ideological moderates in the process.”

Herndon dribbled in his conclusion that “Mr. Soros and his foundation have helped answer the question of whether the social justice groups that have dominated the current moment are here to stay.”