A big irony is in development. The liberal billionaire owner of The Washington Post, which had decried that President Donald Trump’s 2017 tax law was showering “billions of dollars worth of tax relief on upper-income people and businesses,” reportedly could become the first trillionaire. 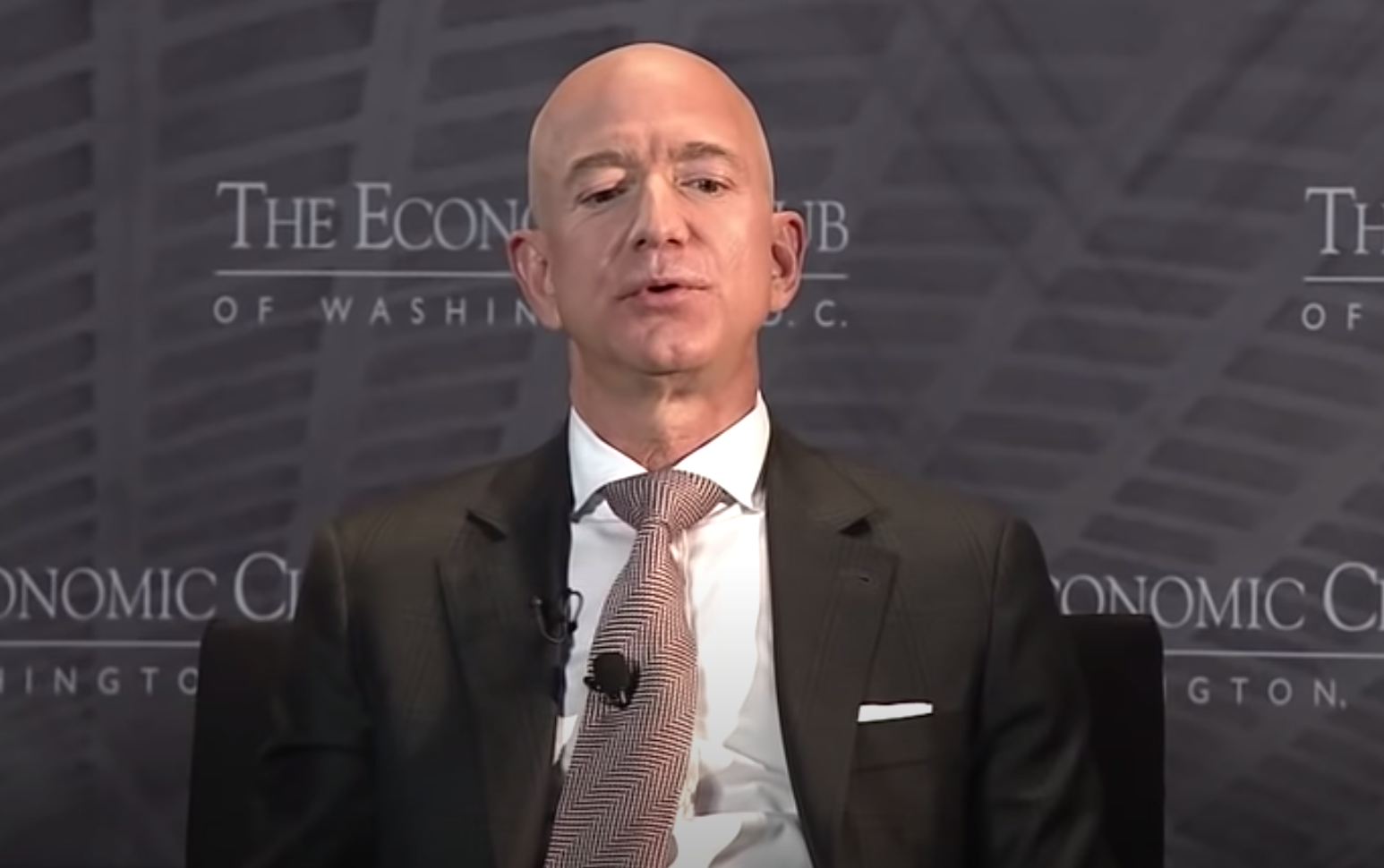 Jeff Bezos, currently the world’s richest man, “will be even richer in a few years — the first trillionaire — and a global pandemic may only be speeding up that process,” according to MarketWatch. “Jeff Bezos’s name was trending on Twitter as an admittedly dated study made the rounds that projected the future wealth of the Amazon.com CEO.” [Emphasis added.]

One possible reason for that “global pandemic” boost could be that “The coronavirus crisis has led to a majority of Americans staying safe at home, and working there, too. As a result, consumers have increasingly turned to buying goods online, where Amazon is the dominant leader,” according to Investor’s Business Daily.

The Post has a history of not reporting on its owner properly. Vox Recode had reported November 9, 2019 that Bezos had encouraged fellow liberal billionaire Michael Bloomberg to run for the presidency earlier that year. Between November 9, 2019 and December 9, 2019, The Post had only disclosed that conflict of interest once in 122 stories mentioning Bezos.

The paper also has a history of complaining about wealth inequality. It’s a wonder how The Post will proceed to cover its owner amidst the news that Bezos is reportedly projected to become the first trillionaire, while attempting to avoid coming across as being hypocritical in its criticisms of millionaires and billionaires.

But the paper’s recent espousals of lefty views on wealth disparity in the face of its billionaire owner’s cash may have already won them the hypocrite label.

The Post feature reporter Roxanne Roberts wrote a piece on the coronavirus headlined, “Of course the rich are getting tested first. The wealthy always do better during a pandemic.”

The Post economics columnist Robert Samuelson, wrote an op-ed in December, 2019 headlined “Our lopsided prosperity,” where he decried the year 2019 as “the year of inequality.”

The Post opinion columnist Greg Sargent did an entire lefty study in December 2019. He complained that the “explosion of income among top earners” and “decline in the progressivity of the tax code at the top” had told “a story about soaring U.S. inequality.”