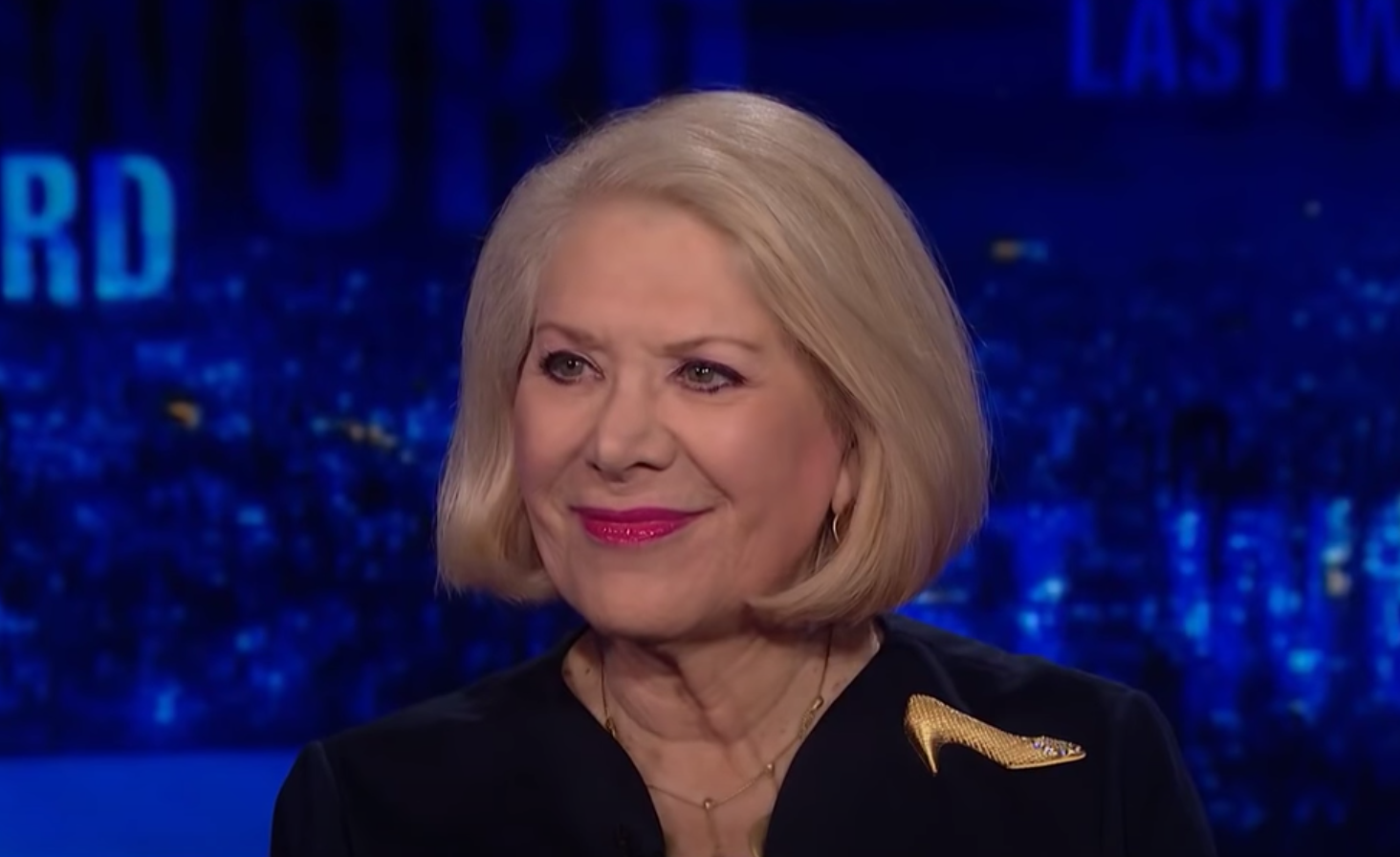 Federal Election Commission records show that Wine-Banks contributed the maximum FEC-allowed $2,800 to Biden’s campaign March 10. Her contribution to Biden makes any of her analysis of the Trump administration going forward suspect due to a glaring conflict of interest.

To make things worse, Wine-Banks’s bio on the professional women’s group The Chicago Network says that she is “a candidate to be a Biden delegate at the 2020 Democratic Convention." Wine-Banks voiced her support for Biden and acknowledged her "running as a Biden delegate" on Twitter March 11, a day after her donation.

Wine-Banks took to Twitter May 7 to lash out at the news the Department of Justice was dropping its case against former National Security Adviser Michael Flynn. She said: “The end for sure. November a d [sic] @JoeBiden cannot come soon enough!” 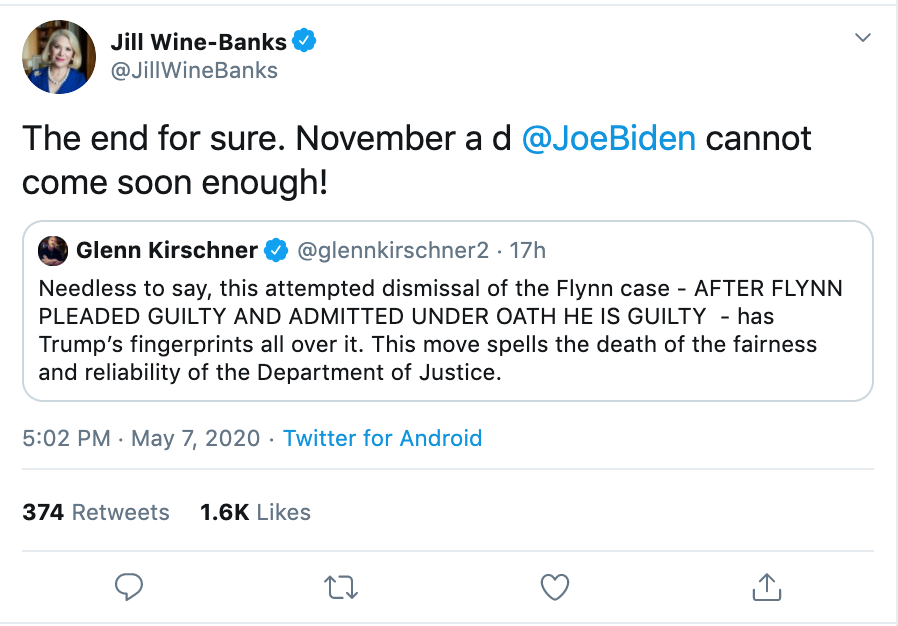 On February 24, just about two weeks prior to the recorded donation to Biden, the former Watergate scandal lawyer had the temerity to say that President Donald Trump “is a much more existential threat to democracy than Richard Nixon was” during a segment on The Last Word with Lawrence O’Donnell.

Now that Wine-Banks is monetarily and politically involved with Trump’s presumptive Democratic political opponent, any assessment of the president or Biden on MSNBC going forward could be considered explicitly biased.

In October 2019, a few months after her donation to Underwood and a couple of months before her donation to Buchwald, Wine-Banks made a case on MSNBC’s AM Joy that both Vice President Mike Pence and Trump could be impeached to clear the way for Speaker of the House Nancy Pelosi (D-CA) to become the new president.

Liberal anchor Joy Reid fretted to Wine-Banks about a potential Pence presidency: “How does anything change if Donald Trump is no longer at the top of this sort of, you know, web of corruption, but Pence is then at the top of it?”

Wine-Banks responded: “[Y]ou could impeach Pence first. The problem is that Donald Trump then has to name his replacement. But I think that maybe a deal could be struck where he was told, if you don't make a replacement, then Nancy Pelosi does become president.”