Liberal billionaire “Godfather of the Left” George Soros thinks Facebook Founder and CEO Mark Zuckerberg should not be in charge of Facebook. Joining a host of others on the left, Soros fears Zuckerberg’s recent free speech stance and believes Facebook might help get President Donald Trump re-elected. 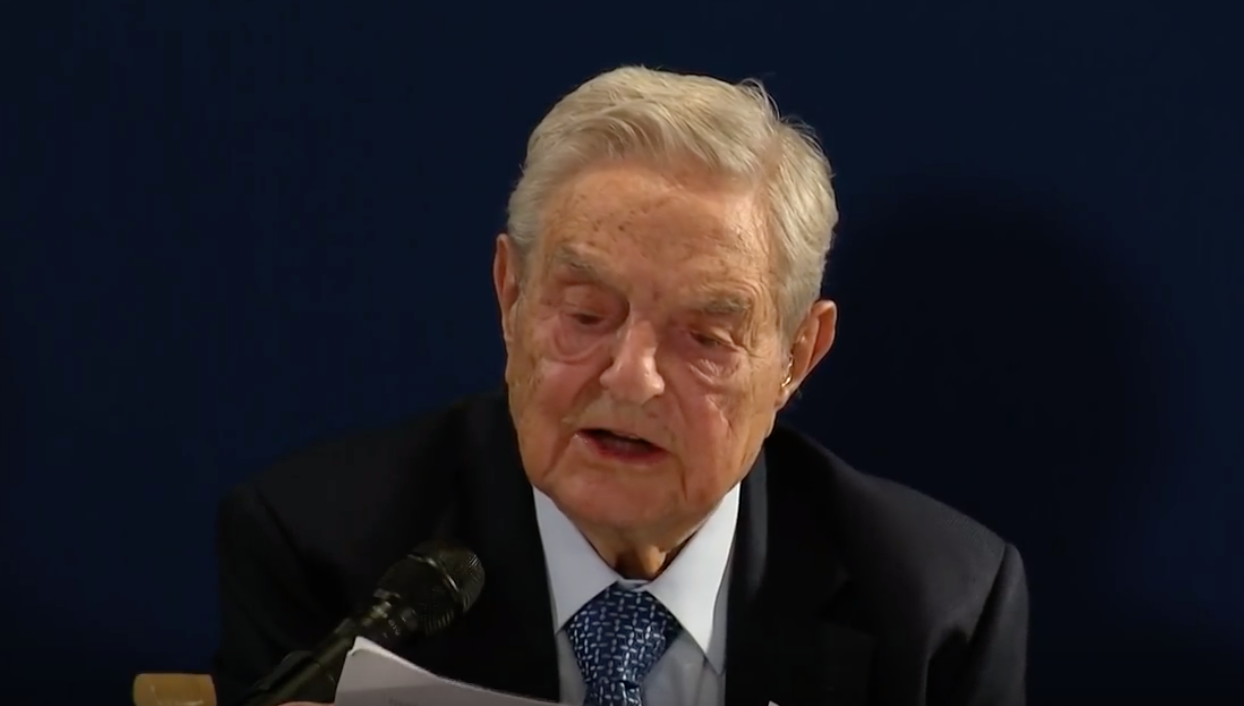 Soros wrote an op-ed for The New York Times Jan. 31, fretting that “there appears to be ‘an informal mutual assistance operation or agreement developing between Trump and Facebook’ in which Facebook will help President Trump to get re-elected and Mr. Trump will, in turn, defend Facebook against attacks from regulators and the media.’” [Emphasis added.] He decried Section 230 of the Communications Decency Act, which Soros said “protects social media platforms from legal liability for defamation and similar claims.”

His solution: Zuckerberg and Facebook Chief Operating Officer Sheryl Sandberg “should not be left in control of Facebook.” [Emphasis added.]

Is Soros concerned that Trump’s social media game will hinder his agenda to bend the "arc of history" in “the right direction”?

In the face of liberal criticism, Zuckerberg doubled down on his company’s pro-free speech ad policies Dec. 2. in an interview with CBS This Morning’s Gayle King. Zuckerberg answered his critics:

“‘What I believe is that, in a democracy, it’s really important that people can see for themselves what politicians are saying, so they can make their own judgments.’”

The New York Times lamented Trump’s success with Facebook in October, 2019. The Times claimed that Facebook “[f]ar more than any other platform” is the “focus for digital campaign spending, and it is in many ways even friendlier turf for Mr. Trump’s campaign than in 2016.”

Former Vice President and 2020 Democratic candidate Joe Biden was recently cited in a New York Times interview in January saying, “The idea that it’s a tech company [Facebook] is that Section 230 should be revoked, immediately should be revoked, number one,” Biden stated “for Zuckerberg and other platforms.”

Democratic presidential candidate Elizabeth Warren slammed Facebook Oct. 7, 2019 for “helping to elect Donald Trump once.” She recently tweeted Jan. 9, that “Facebook is paying for its own glowing fake news coverage.”

Failed 2016 presidential candidate Hillary Clinton also lambasted Zuckerberg in November, 2019. She stated that Mark Zuckerberg should “pay a price for what he is doing to our democracy.”