Liberals think any advocacy for freedom of speech that does not benefit them merits punishment.

Former Secretary of State and 2016 Democratic nominee for president Hillary Clinton is ready to crack down on Facebook. At a Netflix event for the documentary “The Great Hack,” Clinton addressed Facebook CEO Mark Zuckerberg from the stage, ominously saying that he should “pay a price for what he is doing to our democracy.” She also hinted that there was a link between Facebook’s meetings with Tucker Carlson and Breitbart. 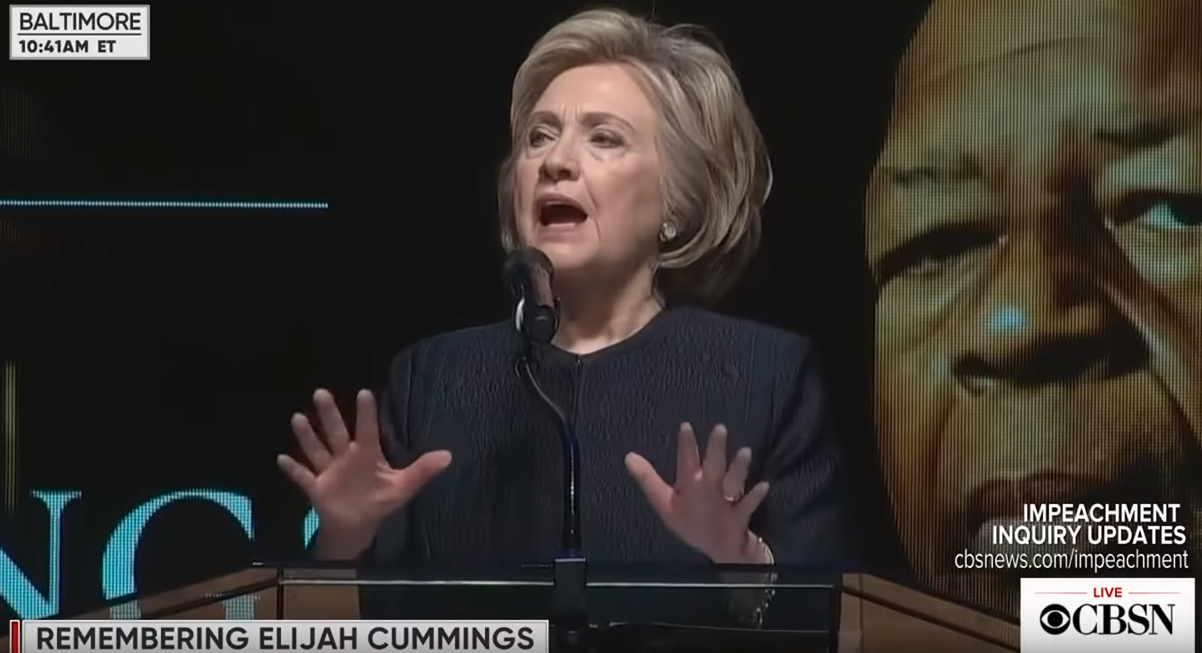 “If I were of a conspiratorial mindset, I might suggest that there seems to be some connection,” she said. “I don’t understand the mindset that we currently see operating with Zuckerberg.”

Facebook refused to fact-check politicians’ ads despite receiving enormous pressure from the left and its media machine. Democratic presidential candidates Joe Biden and Elizabeth Warren have called for some of President Trump’s ads to be taken down from Facebook.

Clinton herself would not have benefitted from a fact-check of her statements, even now. Liberal fact-checker Politifact rated one of her most recent statements, that Wisconsinites were “turned away” from the polls in 2016, as a “Pants on Fire” statement. She also stated in 2017 that “more than 270 mass shootings in the United States in the last year” caused the deaths of “four or more” apiece. This was rated “False” by Politifact. In 2016, when she was running, Clinton claimed that then FBI director James Comey sent developments of his investigation into her emails only to “Republican members of the House.” This was also rated as false.

When Twitter banned political ads, Clinton responded on Twitter, saying: “This is the right thing to do for democracy in America and all over the world. What say you, @Facebook?”

At the Netflix event, Clinton called the decision to avoid fact-checking politicians “like a bad fairy tale.” She painted a dark image, saying that Facebook, and her top donor in 2016, Google, were “going to kill that golden goose. They are going to create a political system that is going to either come down too hard on them and squeeze them in ways that are not productive or continue to have a laissez faire attitude toward them where they continue to undermine our privacy and our freedom and our democracy.”