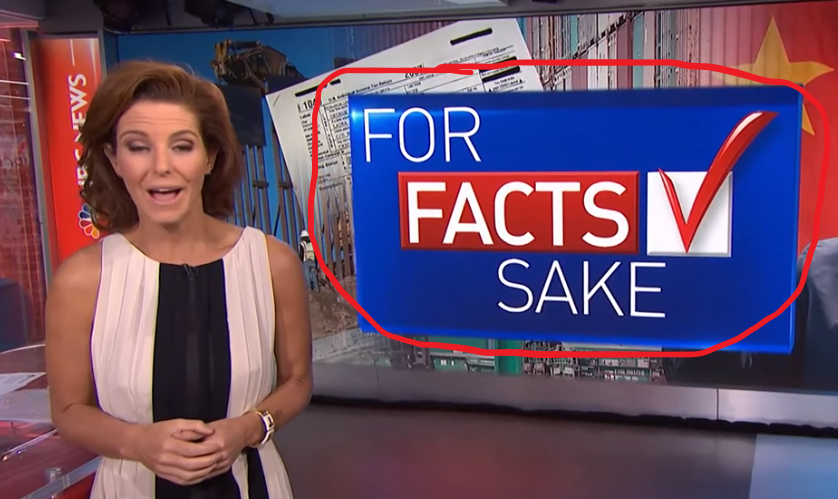 Page Six reported NBC News’ decision to elevate Ruhle Jan. 2, stating that the notoriously anti-Trump journo “will appear across their flagship shows including ‘Today’ and ‘NBC Nightly News.’” This is the same anchor who got a Chris Matthews-like “thrill” up the leg for “astute,” and “very powerful” Sen. Kamala Harris’ (D-CA) role in President Donald Trump’s impeachment proceedings after she dropped out of the Democratic presidential primary late last year. Ruhle drooled: “This is going to be her [Harris’] chance up on Capitol Hill if in fact the House does impeach President Trump-- is to prosecute the case against the president there up on Capitol Hill.”

In an impeachment discussion on her current 9:00 a.m. slot on MSNBC Oct. 4, Ruhle engaged with Ethics Public Policy Center senior fellow and Trump critic Peter Wehner, who stated, “It helps to be a sociopath like Donald Trump, where you actually have no objective moral standards and therefore your conscience is never troubling you.”

“Okay, but historically ... when you look at sociopaths, they are what they are. It’s the sane enablers around them that people really start to question.”

NBC News doesn’t seem to mind enabling her left-wing bias. That’s for sure.

Ruhle defended Harris from criticism of her left-wing policy agenda in October, 2019. In an exchange with Republican pollster Chris Wilson, who criticized Harris as being “too far left,” Ruhle played the race card against him, saying, “it sounds like it’s more just she’s too black.”

In August, 2019, following the shooting massacre in El Paso, Texas, Ruhle didn’t waste any time spinning the slaughter into an exploitable political advantage for former-Democratic presidential candidate Beto O’Rourke (D). She said, “Beto has said he is running in the name of decency and democracy. As bad as this may sound, could this moment [El Paso shooting] be a chance for Beto to gain some momentum?”

Ruhle continued to make her liberal bias known in October, when she insinuated that Americans would only be able to see Trump’s guilt in the Democratic impeachment push if they watched or read from liberal media outlets. After former U.S. assistant attorney Mimi Rocah proclaimed to Ruhle that “the American public is seeing” President Trump “look guilty as heck,” Ruhle worried:

This move by NBC News seems to be following a trend. Late last year, it was reported that the partisan NBCUniversal Film and Entertainment Chairman Jeff Shell, who had donated thousands to Democratic candidates in 2019, was being promoted to CEO of NBC News’ parent company, NBC Universal.

This latest move to promote a biased journo to a more senior-level position is just the latest example of NBC News’ long, sad history of catering to brazen liberal media bias.