In addition to CNN’s disgraceful town hall event following the Parkland shooting being celebrated by the Norman Lear Center’s annual Cronkite Awards, NBC News received not one, but two honors for its biased reporting on illegal immigration and climate change in the past year.

NBC correspondent Jacob Soboroff was singled out for being “one of the first national reporters to break the story on conditions of children separated from their parents at the border under the Trump administration’s zero tolerance policy.” The judges applauded how Soboroff reported the story “with clarity and descriptive analysis that was as powerful as any visual.”

Part of that “descriptive analysis” was Soboroff irresponsibly claiming that children were being treated like “animals locked up in cages.” The supposed acclaimed “journalist” later told Late Night host Seth Meyers that the Trump administration policy was “ripping apart the fabric of society.”

Gushing over Soboroff’s “old-fashioned reporting skills,” the Lear Center cheered: “His coverage had an impact: it helped push the Trump administration into a rare policy reversal.” 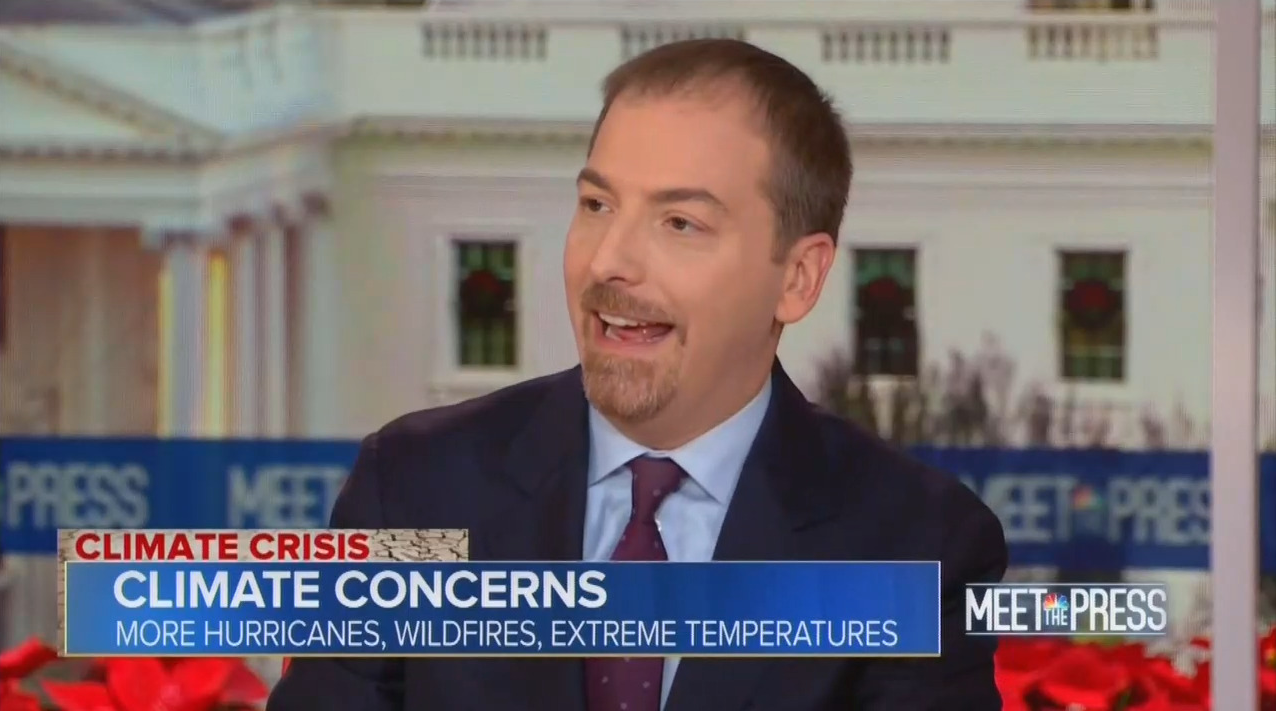 Besides fawning over the nasty coverage from Soboroff, the liberal Cronkite Award judges also deemed Meet the Press moderator Chuck Todd worthy of honor for refusing to allow “science deniers” to be part of a special broadcast focused entirely on climate change:

In an extraordinary move for a Sunday show, NBC’s Meet the Press moderated by Chuck Todd devoted an entire hour to the reality of climate change, rather than giving airtime to a fake equivalence between science and science deniers. It provided a platform for climate experts and politicians from both sides of the aisle to discuss consequences and solutions.

The press release continued: “Judges called the ‘urgent and unprecedented’ program a ‘breakthrough in issue coverage’ that ‘got politicians off their talking points.’”

For violating fundamental journalistic principles of objectivity and fairness, reporters like Soboroff and Todd were granted awards that claims to recognize “excellence in television political journalism.”

The collapsing credibility of the liberal media is obvious, but that doesn’t keep them from giving themselves awards for their blatant bias.