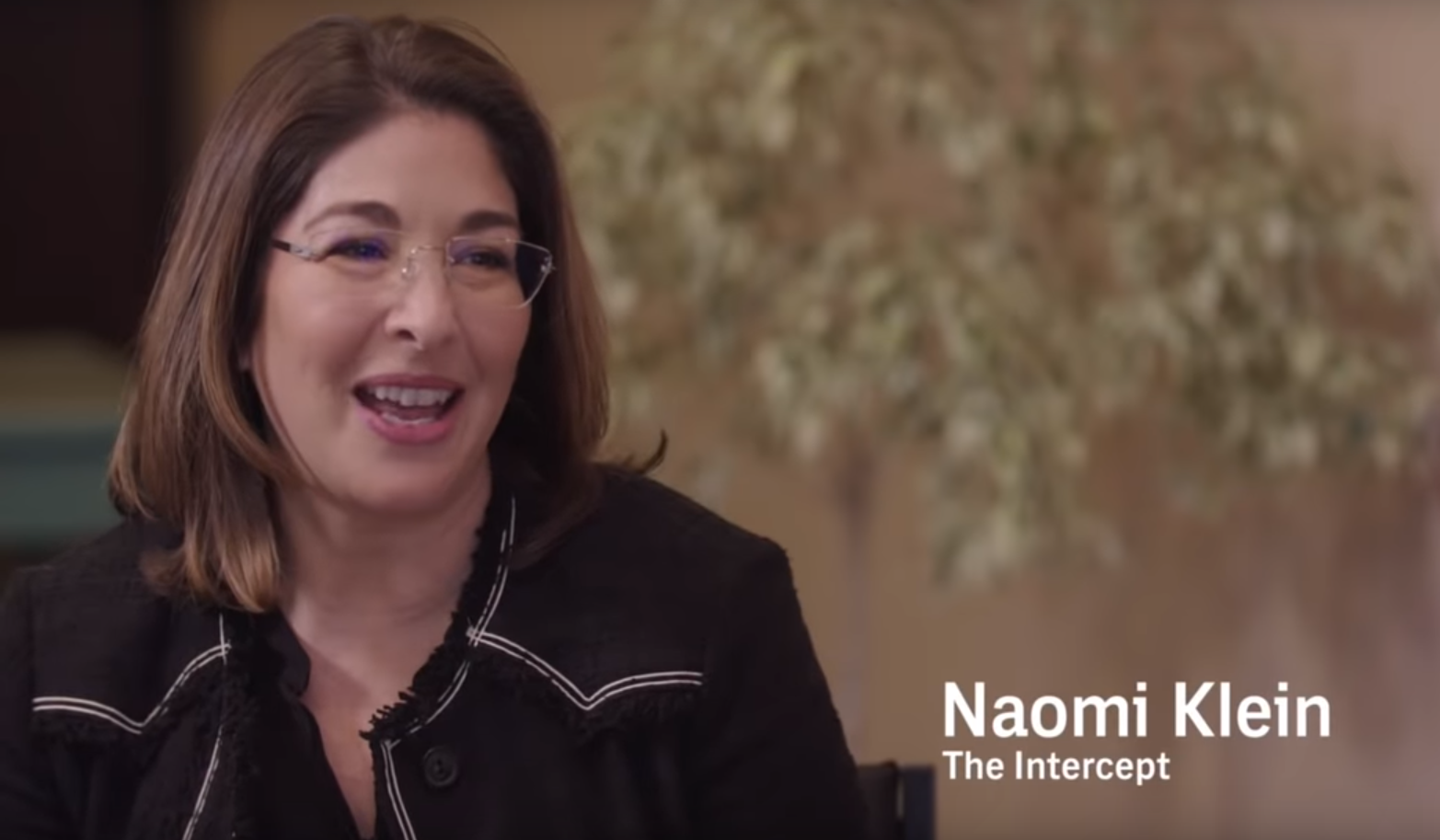 The Intercept senior correspondent wrote on Aug. 21, DNC leaders need “to act like we’re in an emergency.” The appeal came during a DNC meeting in San Francisco.

“A very good place to show the country what this actually looks like is to vote to have a climate debate, precedents and procedures be damned,” Klein wrote. “By breaking your own rules, you have a critical chance to model what it means to treat climate breakdown like a true emergency, which is precisely what the next administration needs to do if our species is going to have a fighting chance.”

Klein not only declared the world was “literally on fire” and repeated common, misleading talking points about climate change. She also argued that climate change is not a “single issue,” but is worsening all sorts of “evil.”

“Climate breakdown is already pouring fuel on every evil that humans are capable of conjuring, from deadly wars to femicide to unmasked white supremacy and colonialism,” she claimed.

An anti-capitalist, Klein criticized the climate movement’s failure to make more effective connections between how the “wealthiest and powerful interests of our economy are assaulting the earth, assaulting democracy, and assaulting the most vulnerable among us.” One of the reasons it has failed, in her view, was the movement's “blinding whiteness.”

The DNC did not heed Klein’s call and voted a resolution down “that would have freed the party's presidential candidates to participate in unofficial ‘multi-candidate’ forums focused solely on climate change,” Fox News reported on Aug. 25.

Klein is known for her hysterics over “planetary breakdown.” Speaking at a Columbia Journalism Review panel in April, about the Green New Deal, she said human inaction on climate change was bolstered by “our sense of doom” and “self-loathing.”

“I really do think there is a deep feeling of ‘We’re are, we’re not even sure we deserve to survive’” she said.

She’s also blamed fossil fuel companies for hurricanes and called for the businesses to be prosecuted. In her 2014 book, This Changes Everything: Capitalism vs The Climate, Klein said that the U.S. should have to pay “trillions in reparations” for causing climate change.