Climate Activist Naomi Klein: ‘We’re Not Even Sure We Deserve to Survive’ 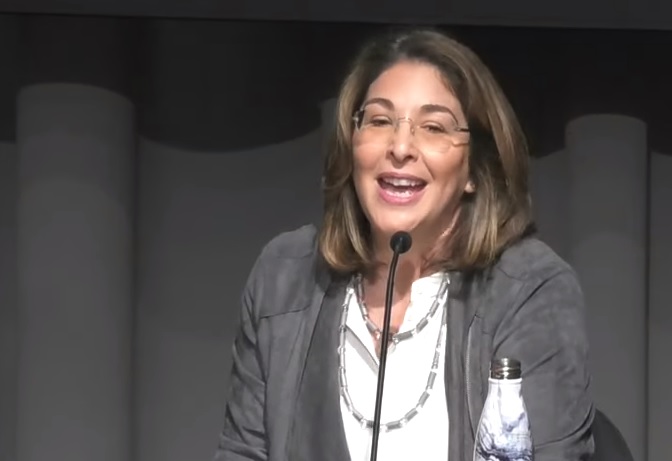 Speaking on a panel about the Green New Deal at the Columbia Journalism Review event on April 30, Klein said what was holding people back from taking action on climate was a “sense of doom” and “self-loathing.”

“Having covered this for a really long time, uh, I know that one of the strongest forces we are up against is the sense of doom, inevitability, but also kind of a self-loathing,” Klein said. “Like we’ve been told for so long that all we are are selfish, that all we are are short-term thinkers. We get messages like the huge cover story in the New York Times Magazine that blames the whole thing on human nature.”

She continued, “So I really do think there is a deep feeling of ‘We’re are, we’re not even sure we deserve to survive.’”

She said a video she created with the Intercept and Rep. Alexandria Ocasio-Cortez, D-N.Y., was designed to try to “pierce the feeling of inevitability.”

The video, “AOC’s message from the future,” included a Democratic socialist vision for the future — of massive government spending and mandates. She argued there are only 12 years to “change everything.”

“The only way to do it was to transform our economy which we already knew was broken,” Ocasio-Cortez says in the video.

Ocasio-Cortez projected a vision of Democratic power in House, Senate and the White House beginning in 2020 that launches “The Decade of the Green New Deal,” passes Medicare-for-All “the most popular social program in American history,” institutes a federal jobs guarantee and rebuilds America including renewable energy grid and “retrofitting every building in America.”

As for solving a perceived climate crisis, Klein said, “We have the slimmest of chances, but if we have even that sliver of a chance then it is our moral responsibility to enlarge that change. And yes, that includes journalists.”

In another discussion at the CJR “Covering Climate Change” event, Klein complained that media coverage of climate change is inadequate because a large number of journalists have a “confirmation” and “fetish” for centrism and middle ground.

“I admit that climate change is — doesn’t pose a sort of confirmation bias threat for me. I’m a rabble-rousing leftist. I admit it. Right? I want deep change. And now climate scientists are saying hey, guess what, we need deep change,” Klein continued.

Just before leaving the event she called for a “divestment movement in journalism,” of journalists banding together to reject advertising from fossil fuel companies.

The Columbia Journalism Review’s event on how to “transform” media coverage of climate change (by shifting it even further left) was sponsored by far-left Nation magazine, The Guardian and WNYC. Many left-wing journalists spoke including people from The Washington Post, New York Times, The Nation, MSNBC and Vox.