The liberal media don’t want to give President Donald Trump positive coverage on anything, including the economy. The New York Times’ reluctance was obvious as it downplayed the June jobs report which smashed expectations with 224,000 jobs.

The Times quickly tamped down any economic enthusiasm. 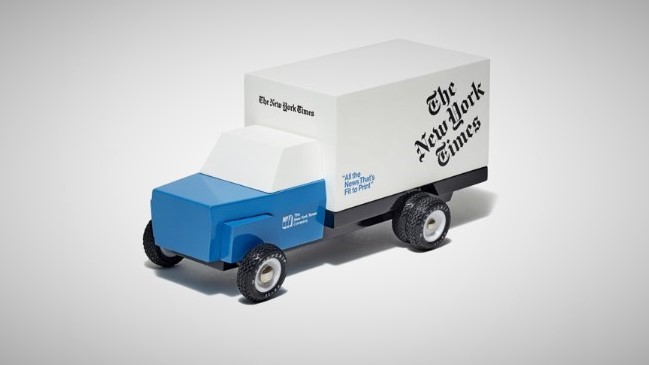 Neil Irwin, senior economics correspondent for The Times, wrote on July 5, “Just because the employment numbers take some of the ‘imminent recession risk’ off the table doesn’t mean they signal all is well in the American economy.”

Irwin continued, “In effect, some of the details within the jobs report tend to confirm that in recent months the progress toward creating an economy that works for more Americans has stalled.”

He complained about wage gains in particular and about the number of people looking for work.

Trying to pour more cold water on the report, Irwin wrote, “A really positive development would be for more Americans who have been on the sidelines of the labor force — neither working nor looking for work — to find employment. But progress on that front has also stalled.”

His article skipped over the media’s failed predictions about the jobs situation. The June jobs report was more evidence Trump’s trade war with China isn’t having as severe an impact on the economy and labor market that the media predicted in June.

Bloomberg News exemplified the liberal media’s warnings after the milquetoast May jobs report. It’s headline proclaimed “worst may be yet to come for U.S. jobs as trade war intensifies.”

“The report -- which also included the slowest wage gains since September -- suggests trade tensions were already hitting the labor market, and could have a bigger effect should Trump follow through on threats of more tariffs on imports from China. Investors increased bets that the Federal Reserve will cut interest rates to contain the fallout,” Bloomberg continued.

The June jobs report smacked back at those doomsday warnings.

In contrast to the Times, Yahoo Finance reported on July 5, “There was a lot to like in the employment report — above all else it showed the U.S. trade war with China isn’t crippling the U.S. labor market. That should give investors hope that the second quarter earnings season will not be a total disaster.”

The Times’ description of what they consider to be bad news were less worrisome to other outlets.

As Yahoo Finance senior columnist Rick Newman stated, “You can find flaws, if you look hard enough. But the employment numbers for June are surprisingly robust and unmistakably good for President Donald Trump.”

“Nothing bad happened this week in the Trump economy, so thanks to the strong jobs report, this week’s Trump-o-meter reads BIGLY, the second highest rating,” Newman added.

So what exactly was the bad news for the Times other than that numbers are good for President Trump?

The Wall Street Journal reported on July 5, “Friday’s report offers evidence that the economy is motoring along steadily. Employers have added an average of about 170,000 jobs a month over the past six months, down from 233,000 during the six-month period ended December, a healthy pace given slower growth of the working-age population.”