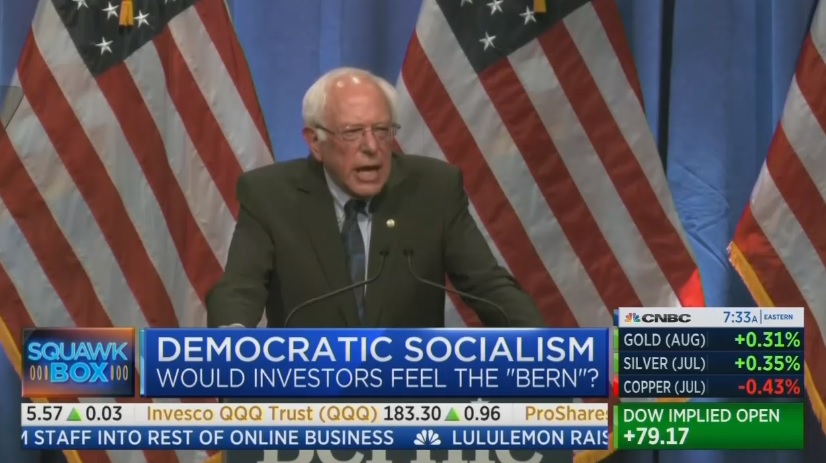 Kernen asked Stephanie Kelton for clarity about what Sanders means by democratic socialism. She was Sanders’ senior economic adviser from the 2016 presidential campaign.

Kernen replied that socialism generally leads to “tyranny,” not freedom before asking another guest, “What is democratic socialism other than a way of sort of stepping back from what we’re really talking about so you don’t have to answer to comparisons to socialist countries?”

“If you go through his economic agenda, he talks about control of the labor market, energy market, healthcare,” Griffith said. Examining just the Green New Deal being promoted by the left, he pointed out that as Germany has imposed renewable energy mandates, energy prices have ballooned.

Griffith continued to warn of the “economic consequences” of socialism.

Early in the interview, Kelton glossed over Sanders’ speech, arguing he wanted to return to “the core values of the Democratic Party,” and was “harkening back to the era of FDR and of the New Deal.”

But Kernen didn’t accept that explanation and brought up Sanders’ admiration of the Soviet Union despite its atrocities and economic failure. “He went over there. He was very positive on their system of government,” he noted.

“We do see certain socialist countries not really work very well like Venezuela.” He pressed Kelton, “How is this different? You are going to do it right this time?”