Every year, Memorial Day reminds us of the strength and honor of the men and women who lost their lives in battle. That attitude clearly influenced Camping World CEO Marcus Lemonis’ thoughts as he vowed earlier this week to never let the American flag come down under his watch amid his current legal battle. 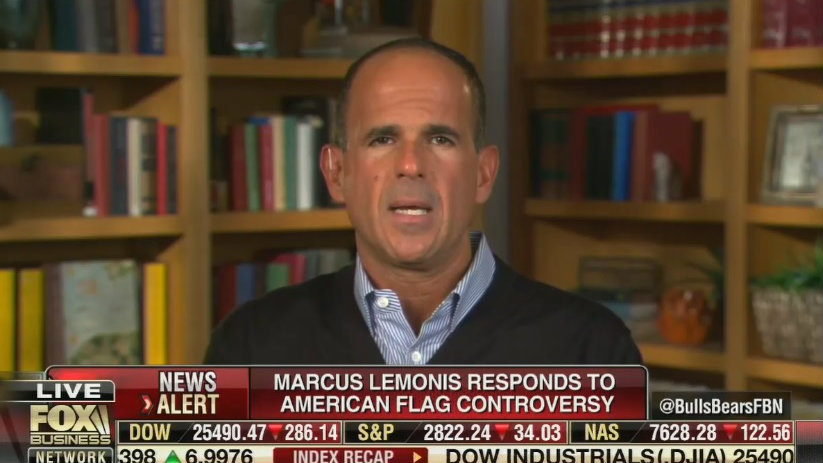 “As I told the city [Statesville],” he remarked, “it’s not coming down under any circumstance.” He said flying it is part of his “DNA.”

Lemonis responded to complaints from Statesville, North Carolina, that evolved into a lawsuit against his company over what the city called a “gigantic” flag. The city accused his local store of violating an ordinance by flying an American flag deemed too large, and cited concerns from the Federal Aviation Administration (FAA).

While the dispute over Lemonis’ flag was based on the premise that it broke the city’s standards, it was a subtle extension of the left’s hatred of the flag and what it stands for.

But Lemonis wasn’t giving in. He explained his position: “We know that before the flag pole goes up and before the flag goes up we want to ensure that people are safe. We are not messing with the FAA in terms of air traffic rules.” He said the company flies “this size pole and this size flag in over 180 cities across the country.”

Despite pressures from the city to drop the flag from his store, Lemonis wasn’t having any of it. “I understand that if I don’t comply with that order that I could and would be arrested and out in jail until the flag came down,” he said.

It is concerning how Lemonis’ impending lawsuit battle has emerged right before Memorial Day Weekend. Yet, that makes it even more impressive that he has continued to protect the flag at his Statesville store.