Mike Rowe Laughs at ‘Quiet Quitting’ TikTok Trend: ‘You Don’t Have to Risk Being Ostracized’

“Quiet quitting” is a recent viral TikTok trend that stresses spending more time with family and doing the bare minimum at work, according to NPR.

“The idea of quietly quitting, I'm sure, is very appealing to a lot of people, because they don’t have to step up and do it publicly,” Rowe said on Fox News host Brian Kilmeade’s Aug. 17 podcast. “You don’t have to risk being ostracized or shamed.”

Kilmeade played one clip from a TikTok influencer explaining the meaning of the trend:

“I’m hearing people talk about the term: ‘quiet quitting.’” What that means is people are not going above and beyond anymore. They're not chasing hustle culture at work. They’re just doing the required minimum. Essentially, they’re doing what they’re getting paid to do. Why does quiet quitting have such a negative connotation, though? Sure sounds a lot to me like creating work-life balance for yourself.”

Rowe argued that work isn’t to blame for young people feeling aimless in their careers, and that poor mindset is a far greater culprit: “We have associated drudgery with work. All work,” Rowe said. “We’ve made work the proximate cause of our collective unhappiness. We believe today that job satisfaction has something to do with the job, and it really doesn’t.”

Rowe emphasized that people should reflect on what work means to them. “Have you taken the time to think about your relationship with work?” he asked. “Have you made it the enemy?” 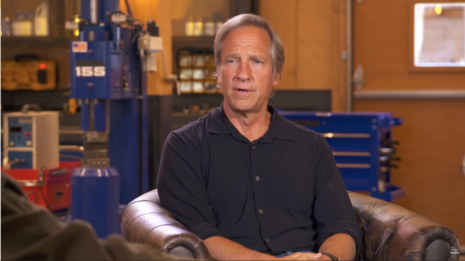 “You don’t have to stick with that deal for the rest of your life,” Rowe said. “But you’ve made that deal.”

An April Gallup poll found that a dismal 32 percent of full- and part-time employees say they feel engaged at work. In 2020, 36 percent of employees told Gallup that they felt engaged in their workplace.