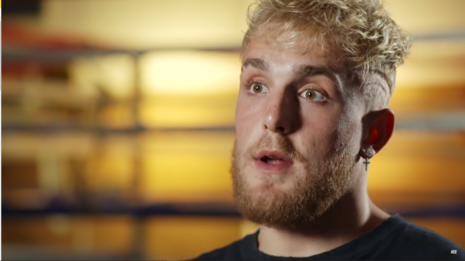 Jake Paul didn’t pull his punches when he listed five of Biden’s “accomplishments” in a June 11 tweet that went viral with over 130,000 likes and counting:

Paul told his over 4 million Twitter followers: “If you’re reading this and voted for Biden and you still don't regret it then you are the American problem."

If you’re reading this and voted for Biden and you still don’t regret it then you are the American problem.

A fact-checker might have a difficult time refuting Paul’s post. On an unadjusted basis, gas prices hit $5 on average nationwide for the first time ever on June 11, according to The Washington Times. Inflation also spiked to 8.6 percent for the steepest increase since December 1981, and average rent prices surged above $2,000 a month for the first time ever, according to NPR.

Responses on Twitter were mixed. Former MSNBC host Keith Olbermann fired back at Paul: “Crypto prices, Sonny? It really is quite a feat: you’re dumber than you look.” The Washington Post’s in-house cry bully columnist Taylor Lorenz also weighed in on Paul’s reference to cryptocurrency: “Jake Paul’s third biggest critique of the administration is the price of crypto going down.”

Biden issued a March executive order to empower the government to regulate cryptocurrencies. Sens. Cynthia Lummis (R-WY) and Kirsten Gillibrand (D-NY) have teased legislation for “taxation of digital assets.” Former Twitter CEO and crypto proponent Jack Dorsey pushed back on the Biden administration’s attempts to control digital currency in a January 2021 letter: “Regulations that unnecessarily restrict the future of cryptocurrency are deeply concerning, specifically in the case of this Proposal which places undue burdens on consumers who seek to use it in their daily life.”

After Biden’s executive order and amid threat of more regulation, values of cryptocurrencies like Bitcoin and Ethereum have continued to spiral downward in recent weeks, with Ethereum alone “losing almost 20% [of its value] in the last 24 hours alone,” according to a June 13 Forbes article.

Timcast producer Lydia Leitermann warned Paul to be careful: “Whew, lad. You can’t just trigger the lefties like this. They’ll come for ya.”