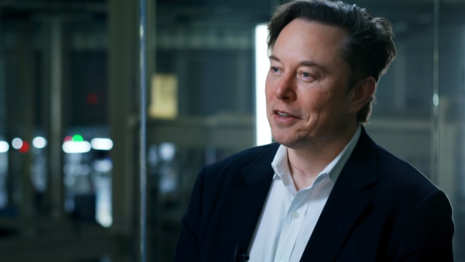 “Most people still think China has a one-child policy,” Musk said in a June 6 tweet. “China had its lowest birthdate ever last year, despite having a three-child policy! At current birth rates, China will lose ~40% of people every generation! Population collapse,” Musk tweeted in response to a BBC Future article headlined “Could China’s population start falling?”

This isn’t the first time Musk has come out in support of life. Musk has repeatedly urged Americans and people across the world to have more children, not less: “There are not enough people,” Musk said during a 2021 interview with The Wall Street Journal. “I can’t emphasize this enough. There are not enough people.” He continued: “And yet so many people, including smart people, think that there are too many people in the world and think that the population is growing out of control. It’s completely the opposite. Please look at the numbers: Uh, if people don’t have more children, civilization is going to crumble.”

Just one month after that interview, Musk fired off a series of tweets on the same topic: “We should be much more worried about population collapse.” He also criticized the United Nations for its unrealistic predictions on population growth in a tweet, Jan. 18: “UN projections are utter nonsense.” And he gave one final reason to keep on having children: “If there aren’t enough people for Earth, then there definitely won’t be enough for Mars.”

China — a country with one-sixth of the world’s total population — is on track to shrink for the first time since the great famine of 1959 to 1961, according to a BBC News report cited by Musk. That was despite a two-child and most recently a three-child policy which eliminated penalties for “illicit births,” according to China Briefing.

But that didn’t stop a Chinese state-affiliated media personality, Chen Weihua, from attempting to refute Musk’s warning: “Weird tweet by Musk. It’s not really about big population, it’s the age composition that matters. If China has 500 million people but good percentage of young population, it is actually a better scenario than today. 1.4b is both an advantage and a burden.”

Conservatives are under attack. Contact ABC News 818-460-7477, CBS News 212-975-3247 and NBC News 212-664-6192, and demand they report on the demographic cliff that many countries in the world, including America, may soon face if they continue to promote abortion and “family planning” policies.