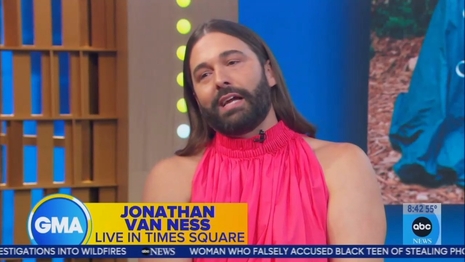 The Bureau of Labor Statistics reported at 8:30 a.m. ET April 12 that inflation increased by a terrifying 8.5 percent over the past year. This was the “largest 12-month increase” since December 1981.

Energy inflation fared the worst at a shocking 32 percent rise over last year, with gasoline alone rising 48 percent. Food inflation also took a steep hike at 8.8 percent. Housing and shelter inflation rose 5 percent over the past year in the biggest increase in over 30 years.

This was critical news for Americans who have already been suffering from painfully high prices at the gas pump and the grocery store, but where were the morning networks? ABC’s Good Morning America, CBS Mornings, and NBC’s Today and 3rd Hour of Today shows gave the BLS report announcement almost no coverage on their April 12 broadcasts.

All three broadcasts previewed the possible results earlier in the morning, but none of them interrupted their non-news fluff in the 8:30 a.m. ET half hour to provide live coverage of the release of the actual statistics.

Instead, viewers were treated with an impromptu fashion show, an interview with a star of Queer Eye fame and a performance from a pop singer, among other stories.

CBS Mornings gave the inflation announcement absolutely zero coverage on its April 12 morning show. Instead, co-hosts Tony Dokoupil and Vladimir Duthiers gushed over fellow CBS correspondent Gayle King’s pink dress. “You look stunning,” Duthiers said. King even did a twirl to the ooh and aahs of her co-hosts.

ABC’s Good Morning America barely outdid CBS with minimal coverage of the inflation news. ABC acknowledged the inflation report with a single mention in the tiny news crawl on the bottom of the screen. “Wall Street reacts to new consumer inflation figures out this morning as food and energy prices spike,” it read.

Aside from a news crawl item about the inflation report, what else did ABC cover on its April 12 morning show? Lara Spencer interviewed gay reality TV star Jonathan Van Ness on his book Love That Story: Observations from a Gorgeously Queer Life. Van Ness came into prominence through his appearances on the show Queer Eye.

Surprisingly, NBC’s 3rd Hour of Today actually did cover the inflation announcement, but only partially. NBC reporter Tom Costello accurately summarized inflationary pains, “[T]he big picture here, we’re all paying more for food, we’re all paying more for just about everything — for rent, for mortgages.” But he also claimed that the economy was “incredible” coming out of the pandemic and “running hot."