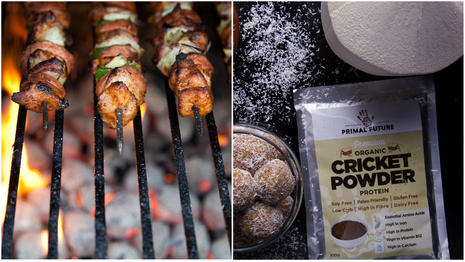 The Post propped up Good Meat, the company that served its lab-grown meat to the world’s elite at the U.N. COP 27 Climate Change Conference in Sharm el-Sheikh, Egypt.

“[T]he company serving it vows it will soon help save the planet,” read a Post story published on Friday. The paper’s most recent prodding over climate change came just a week after the COP27 conference devoted a day to discussing climate change and food production.

The Post described the so-called “meat” in what read more like advertising copy than a news article. “It was raised not on a farm but in a lab. It tastes exactly like chicken, but no chicken’s life was taken to serve it up as crispy skins, spicy skewers and a grilled boneless thigh,” The Post fawned. “Soon there will be beef, pork and fish, too, in this quest to mass-produce edible flesh without cruelty or climate chaos.”

“If synthetic meat can be made affordably and in mass quantities, the implications for nourishing the world and curbing climate change are considerable,” The Post wrote. “Raising and feeding farm animals consumes two-thirds of the world’s agricultural land and drives 15 percent of the world’s greenhouse gases.”

Notably, the article fails to explain how not farming animals for meat will reduce methane gas in a slaughter-free way. Common sense holds that the animals would have to somehow die in order to actually reduce the feared emissions. It also makes no mention of the lab-grown meat’s nutritional value in comparison to real meat.

This isn’t the first time elites have tried to convince plebes to eat alternative proteins. The New York Times Opinion section posted a video titled “The Case for Edible Insects” in February. The Times sounded the false alarm on meat: “Scientists have warned that unless we make major adjustments to the kinds of food we eat and how we produce it, we have no chance of meeting our climate goals.”

The Times also claimed that “reduced demand for meat, would help relieve pressure on the environment and mitigate global warming.”

He also helped fund a study in The Lancet that coincidentally benefited Gates’s investments. The study alleged that 2019 deaths traced to unprocessed red meat intake spiked an estimated 36-fold.

Conservatives are under attack. Contact the Executive Editor of the Washington Post at sally.buzbee@washpost.com and demand that the liberal rag report with integrity on climate issues.