Jeff Bezos’ media properties, The Washington Post and Express newspapers, are acting more than ever like press agents for the Amazon CEO. 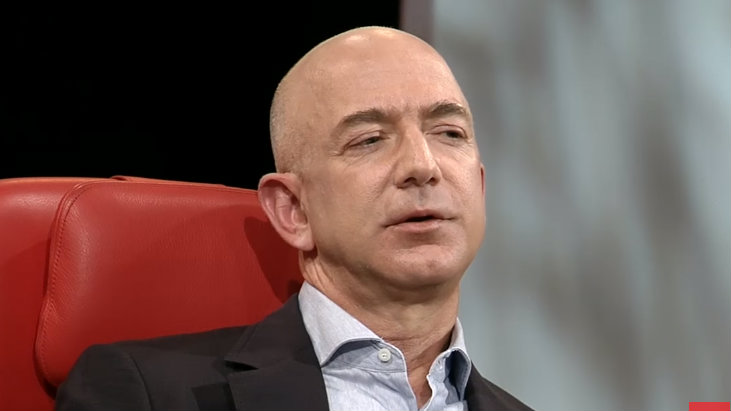 Both publications recently heralded the “unspoken requirement” for Amazon’s headquarters hunt — LGBT rights. And now that Bezos own newspapers have published the story, consider the word officially out that Amazon is trying to find a second headquarters location that prioritizes the same pro-gay agenda Bezos has financial supported.

The Post published an ostentatious Business section cover story (plus full page spread on G5) declaring that LGBT rights were “The unspoken factor in Amazon’s HQ2 hunt” on April 22. The article was almost 2,000 words long. A shortened version by Jonathan O’Connell was also the Express cover story the next day. The Express headline used the stronger word “requirement” rather than factor.

Although the company’s search materials don’t make it explicit, “Amazon has quietly made rights for and acceptance of gay and transgender people part of its criteria ...” Express reported (citing “two people familiar with the matter who spoke on the condition of anonymity”).

While the papers acknowledged they were owned by Bezos, both took their time; The Post didn’t disclose this key fact until the 14th paragraph, and Express put it in the 10th paragraph.

Both stories detailed the search for a city to build a second Amazon headquarters (dubbed HQ2) and various meetings with local officials in cities still being considered. The article pointed out that the decision seems to be between expensive liberal, pro-gay cities, or much cheaper ones in more conservative areas, but made it clear Bezos himself has strong opinions on LGBT issues.

“Gay rights has emerged as a focus for the company’s founder and chief executive officer, Jeffrey T. Bezos,” O’ Connell wrote before writing at length about his “first public actions” on same-sex marriage and how his millions “brought new prominence to the movement.”

Regarding HQ2, O’Connell reported that LGBT advocates have pressed Bezos not to choose certain locations due to their lack of “comprehensive legal protections for people based on their sexuality or gender.” He also wrote that officials lobbying in certain regions “argued that if Amazon wants to maximize its support for the issue, it could relocate — and bring change to — a political red state.”