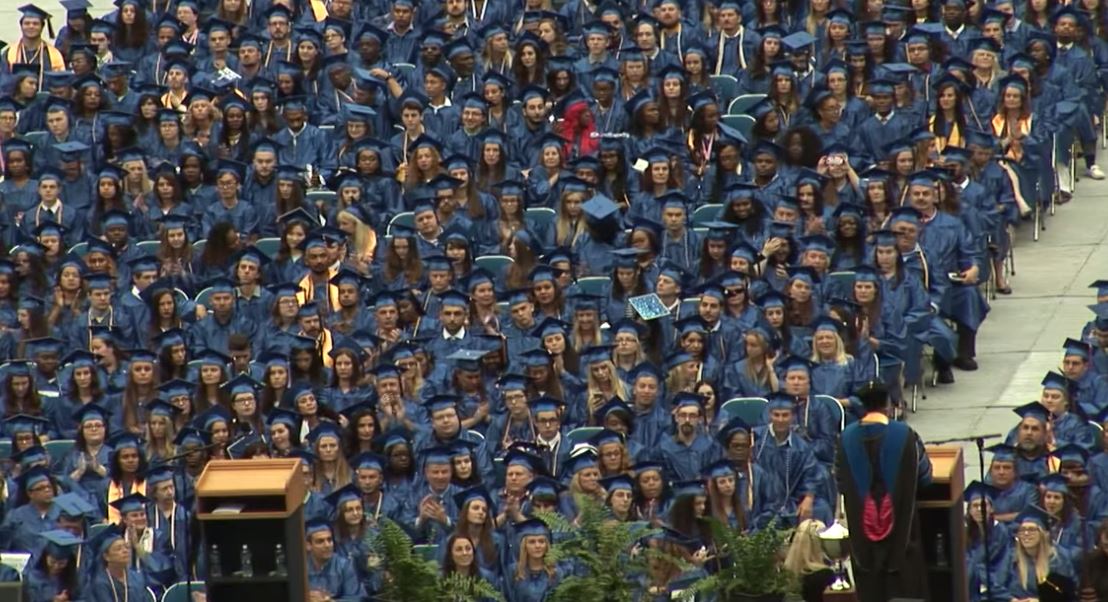 As good as free college may sound, it is an economic fantasy. But that did not stop media outlets from embracing two recent studies arguing for loan forgiveness promoted by liberal, Soros-funded groups.

Instead of identifying the liberal biases of both Brookings and Bard College, media outlets like New York Magazine promoted their findings without question, proclaiming “We Must Cancel Everyone’s Student Debt, for the Economy’s Sake.” Mic reporter A.P. Joyce touted the Bard College study on Feb. 6, as a way to “grow the US economy,” while Fast Company said cutting student debt “Not Taxes” was the way to “Stimulate The Economy.”

“[N]early 40 percent” of individuals who began their college degrees in 2004 “may default on their student loans by 2023,” according to the Brookings Institute study from Judith Scott-Clayton, an associate professor of economics at Columbia University’s Teachers College.

She advocated “robust efforts to regulate the for-profit [college] sector, to improve degree attainment and promote income-contingent loan repayment options for all students, and to more fully address the particular challenges faced by college students of color.”

Both Brookings, which published the study, and Columbia University, where Clayton teaches, have received millions of dollars from left-wing billionaire George Soros. Media outlets ignored those connections in their promotion of Brookings’ claims. Buzzfeed even called Brookings “centrist.”

The Levy Economics Institute at Bard College published a separate study pushing the liberal agenda item of debt cancellation — calling for all $1.4 trillion or so of student debt to be canceled. “The authors find that cancellation would have a meaningful stimulus effect, characterized by greater economic activity as measured by GDP and employment,” the authors wrote in early February. Bard College received more than $55 million from Soros since 2000.

Soros has given away roughly $14 billion in his lifetime, often to left-wing causes in the United States. $61 million of it went to liberal media outlets that pushed liberal policies during the 2016 presidential election.

Liberal media repeated the claims, rarely pushing back at all.

“[I]f the government were to forgive all the student debt it owns (which makes up more than 90 percent of all outstanding student debt), and bought out all private holders of such debt, a surge in consumer demand — and thus, employment and economic growth — would ensue,” Levitz said, summarizing the study.

His article did not cite any critics of student debt forgiveness, nor did it disclose Bard College’s connection to Soros. While he did mention several “supposed” “downsides” to debt forgiveness including “a higher deficit, the potentially regressive distributional consequences” and its possible “unfairness,” he ultimately dismissed them. “Of course, all of these critiques would apply more powerfully to the recently passed tax cut bill,” he added.

There were plenty of critics Levitz could have turned to, like University of Tampa Assistant Professor of Economics Abigail Blanco. The economics behind student debt forgiveness “is fallacious,” she noted in an Independent Institute article in April 2015. Furthermore, forgiveness “would likely increase college tuitions” by “creating perverse incentives for both schools and students.”

MarketWatch also reported the Bard study with little criticism. The only hint that debt forgiveness isn’t actually free, was a clarification that “cancelling borrowers’ student loans wouldn’t come for free,” because the bulk is owned by the U.S. government. “[B]y cancelling it, taxpayers would lose out on interest and principal payments borrowers would have gotten on the loans,” MarketWatch acknowledged. It would also increase the national debt.

That makes it unlikely “policymakers will seriously consider widespread cancellation of student loan debt,” MarketWatch Reporter Killian Berman admitted, but it didn’t stop him from affirming the overall claim that “Canceling $1.4 trillion in student debt could have major benefits for the economy.”

Each of these outlets fell for a solution that even liberal website Slate has opposed. Slate senior business and economics correspondent Jordan Weissman declared “Forgiving All Student Loan Debt Would Be an Awful, Regressive Idea” in August 2016. Back then, Weissman was responding to Bard College President Leon Botstein’s call for Hillary Clinton to forgive student debt if she became U.S. president.

Scott-Clayton’s proposals were milder than Bard’s, but still decidedly liberal. The left constantly promotes more regulation as the solution to problems without challenge from the liberal media.

Forbes contributor Nick Morrison spent most of his Jan. 23, column breaking down the data presented by Brookings. At the end he summarized Scott-Clayton’s solution without comment or critique. There was no mention of the Soros connections. Business Insider columnist Pedro Nicolaci da Costa took a similar approach on Jan. 12.

“Perhaps it’s time to put this issue in terms that conservatives would understand,” Washington Post opinion columnist Robert Gebelhoff wrote on Jan. 22, “Defaults on federal loans mean wasted taxpayer dollars. And they mostly hurt students who are most desperate to ‘pull themselves up by their bootstraps’ and improve their lives.”

Newsmax Finance, Buzzfeed and Quartz each covered the Brookings report without mentioning the study’s recommendations or making their own. But all three failed to mention Brookings’ liberal leanings or connections to Soros.