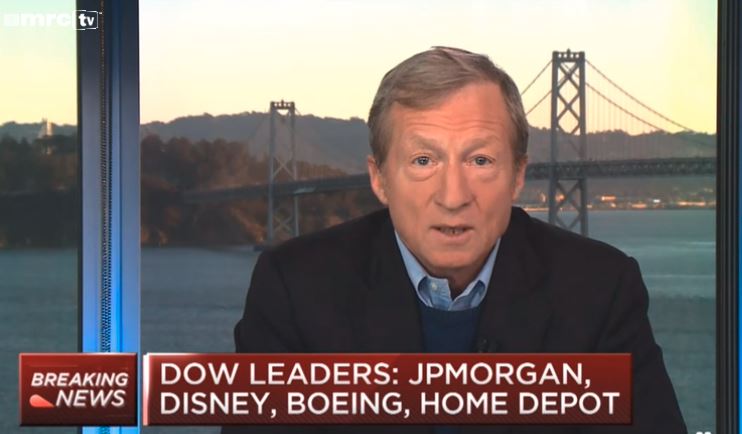 Billionaire activist Tom Steyer is so left-wing, even Democrats have criticized his impeachment push. But rather than back down, Steyer pressed on, and insisted the “American people absolutely love” his impeachment campaign.

CNBC’s Squawk On The Street anchor Carl Quintanilla and chief international correspondent Michelle Caruso-Cabrera asked Steyer to respond to Democrat lawmakers who called his impeachment push a “vanity project” that “hurts the Democrats ability to take more house seats at the midterms,” in a Dec. 4, interview.

“[W]hat you see is a bunch of people from inside Washington D.C. who find this threatening, but the American people absolutely love it,” Steyer said. “There are the people inside the beltway and then there are the human beings who are American citizens, and the distinction is very clear.”

In mid-October 2017, Steyer launched his “Need to Impeach” petition arguing, “Donald Trump has brought us to the brink of nuclear war, obstructed justice, and taken money from foreign governments. We need to impeach this dangerous president.”

More than 3.4 million people signed the petition as of Dec. 8. Steyer claimed it was evidence that the “human beings” in America want Trump gone, regardless of what politicians on either side of the aisle have said.

But as impressive as those numbers may seem, the petition’s signatories represented a tiny minority of Americans — only a little more than 1 percent of the 326 million population. 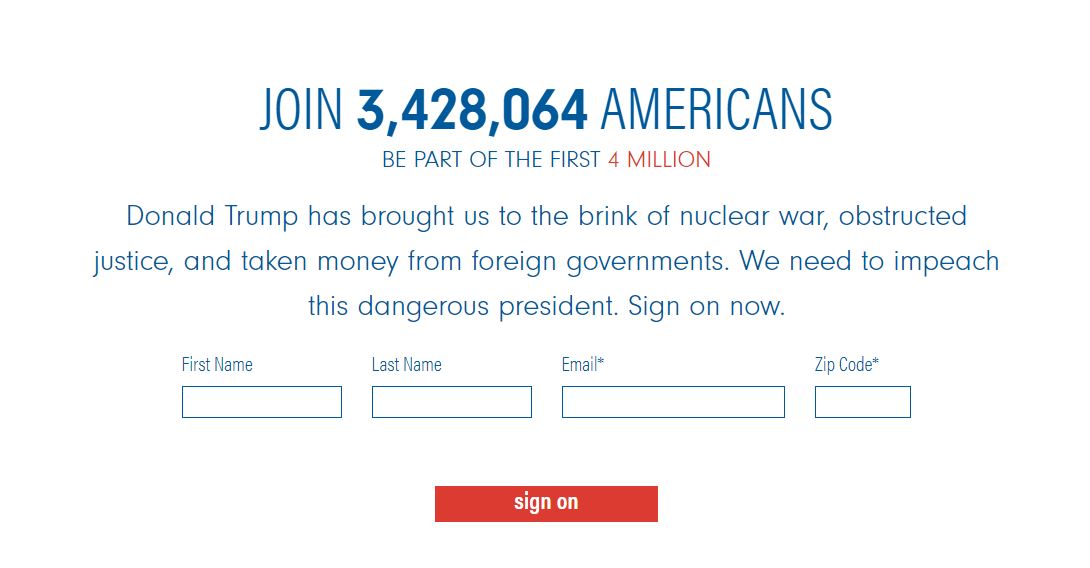 Popular or not, Steyer has shown he is determined to promote impeachment. Already, he spent at least $20 million on TV ads pushing the petition which have aired on networks including CNN and MSNBC.

The impeachment campaign seemed to be just a start for Steyer heading into the 2018 midterm elections. His NextGen Climate PAC rebranded as NextGen America in mid-2017 in order to pursue a “broader plan of resistance” including issues of “immigration rights, affordable health care, and core American values.” Steyer also condemned the GOP tax plan in a Dec. 5 Wall Street Journal op-ed. In it, he blamed the 2008 crash on “dramatic deregulation” and “revenue-draining tax cuts.”

Steyer was the largest individual donor in both the 2014 and 2016 elections. He gave more than $165 million to liberal candidates and causes in those two election cycles.